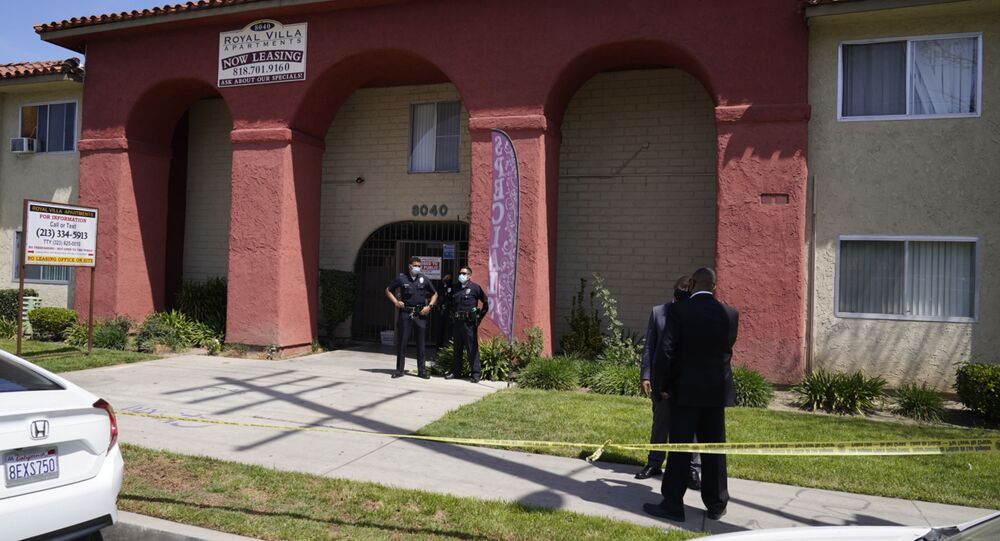 Earlier on Saturday, the Los Angeles Police Department announced that it had taken Liliana Carrillo into custody, the mother of three small children who is suspected to have stabbed them to death.

A woman from Southern California, Liliana Carillo, who is alleged to have murdered her children, has, according to family members of the deceased, been "unwell" for months, according to FOX 11 LA.

"Liliana was very sick, and this is not – she was not herself, and it's been going on for several months that she has been unwell," Teri Miller, a cousin of the children's father, Erick Denton, told the outlet, adding that the latter is "devastated" by the tragedy. "He's also frustrated with the system, because the system failed them. The system failed these kids."

According to Miller, Denton battled with ex-girlfriend Carillo for months to get custody of the children while repeatedly contacting the Department of Children and Family Services and police, because, as he asserted, the mother "needed help".

FOX 11 reported, citing Denton's family, that the father obtained an emergency order allowing him custody of the children in early March, but could not get other necessary assistance.

Earlier on Saturday, the Los Angeles Police Department arrested Carillo, accusing her of killing her children, all under the age of 5. The scene of the crime was reportedly so gruesome that first responders received counselling.

Carillo's motives remain unclear. She is considered the sole suspect in the case, as an investigation into the disturbing incident is ongoing.