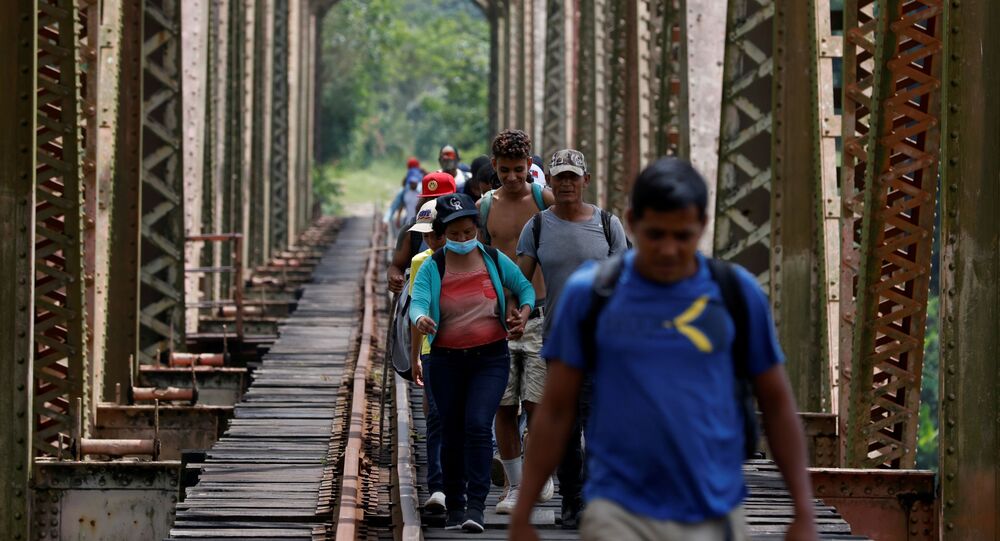 Republicans have expressed outrage over recent reports that the US is considering implementing a programme of financial support for Central American countries as a way to handle the migration crisis.

US House Minority Leader Kevin McCarthy called the plan "insulting" for American taxpayers, saying President Joe Biden is "buying [his] way out of the border crisis" at their expense, while the government is already spending at least $60 million a week to maintain migrant children.

President Biden wants to try and buy our way out of his border crisis with taxpayer money. The Administration is spending $60 million a week, and now wants to launch a cash transfer program in Central America. This insults millions of Americans who are out of work in our country. https://t.co/Jcav3wYyhf

In turn, Republican Whip Steve Scalise described the initiative as "madness", recalling a New York programme to provide undocumented immigrants who lost work due to COVID-19 with up to $15,600, while "American citizens are struggling".

Let me get this straight:

But Dems want to send cash payments to people in Central America.

As Reuters reported on Friday, citing White House border coordinator Roberta Jacobson, the US administration is considering cash payments to countries in the Northern Triangle, including Guatemala, Honduras, and El Salvador, to "address both the economic reasons people may be migrating, as well as the protection and security reasons".

She did not mention the way cash transfers would be carried out, but noted that the US "isn't going to be handing out money or checks to people".

Apart from that, a spokesman for the US Agency for International Development (USAID) told Reuters that it has already launched cash transfers towards Central America to address "basic needs" concerning the severe hurricanes that hit Central America in November of last year.

On Friday, Biden requested $861 million from Congress to fund this initiative during his first federal budget address for the 2022 fiscal year. This year, the US government has allocated around $500 million for these needs.

© East News / Eduardo Verdugo/AP/MXEV111
Migrants coming from Central America climb off a train during their journey toward the U.S.-Mexico border in Ixtepec, Mexico, Monday, April 29, 2013

During his election campaign, Biden announced that he would "comprehensively address the root causes" of migration from Central America, such as poor economic conditions, gun violence, and organised crime. He proposed a "comprehensive four-year $4 billion regional strategy" that would fund initiatives, aimed at fighting corruption and creating conditions for economic development.

US border agencies are dealing with an unprecedented wave of illegal immigration, with more than 172,000 people from Central America crossing the border in March along with thousands of unaccompanied immigrant children.

So far, Biden has reversed some of the Trump administration's immigration restrictions, including construction of a US-Mexico wall and the Migrant Protection Protocols (MPP), which made asylum seekers await their US asylum claims in Mexico rather than in the US.