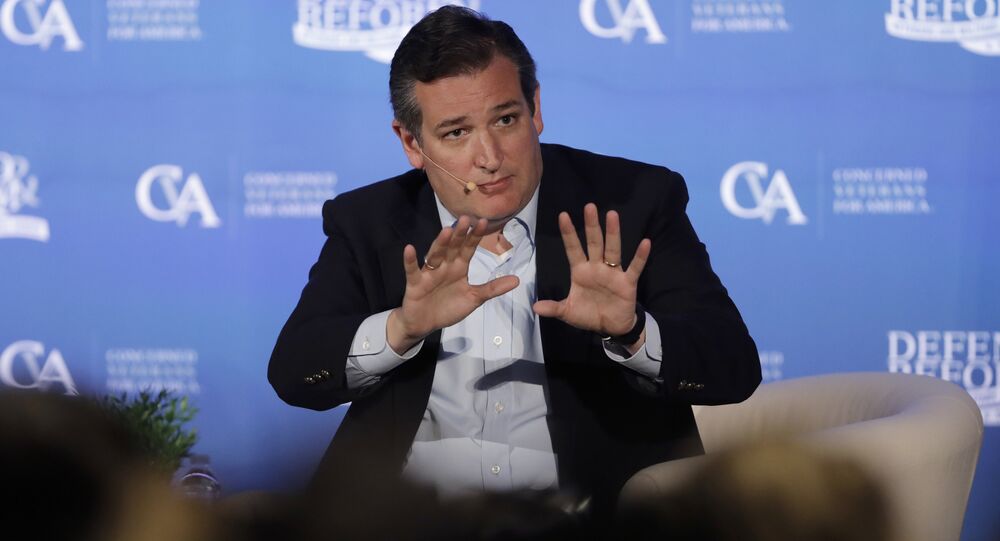 The two Republicans, Ted Cruz and John Boehner, who served in top House roles from 2011 until 2015, have often locked horns while working together in DC.

“Please don't cry”, he added, taking a jibe at Boehner's reputation for becoming overly emotional when he served in the House.

Cruz’s remarks came in response to a clip from a new CBS News interview, due to be aired on Sunday, which the Texas congressman shared alongside his comments.

In the sit-down, Boehner tells host John Dickerson that he doesn't like to “beat anyone up” except for “that jerk” Cruz.

“Perfect symbol, you know, of getting elected, making a lot of noise, draw a lot of attention to yourself, raise a lot of money, which means you're gonna go make more noise, raise more money”, Boehner said.

Boehner, who served as the Representative for Ohio's 8th congressional district until 2015 and was US Speaker of the House from 2011 to 2015, then sent a jab toward Ohio Rep. Jim Jordan, saying “he never saw a guy who spent more time tearing things apart - never building anything, never puttin' anything together”.

Boehner refers to the two Republican lawmakers, both devoted Donald Trump allies, as “political terrorists”, implying that they are, in part, responsible for the January 6 Capitol riot.

© REUTERS / GO NAKAMURA
Ted Cruz Blames Biden for 'Manmade Humanitarian Disaster' at US Southern Border
The fiery exchange is just the latest verbal spat between Boehner and Cruz, who, within the ranks of the Republican party, have been at odds for many years.

In February, Axios reported, citing sources, that Boehner had gone off script while recording the audio version of his new memoir, ostensibly dropping:

Cruz tweeted back at Boehner the following day during the Conservative Political Action Conference in Florida, eagerly mocking him:

“John Boehner made some news. He suggested that I do something that was anatomically impossible”.

“To which my response was, 'Who's John Boehner?'' Cruz told the gathering.

The two locked horns in 2016, after Boehner called Cruz “Lucifer in the flesh” saying that he had “never worked with a more miserable son of a b**ch in my life”.

Cruz in response, said he doesn't “know the man” but suggested that Boehner had shown his “inner-Trump” through his comments.