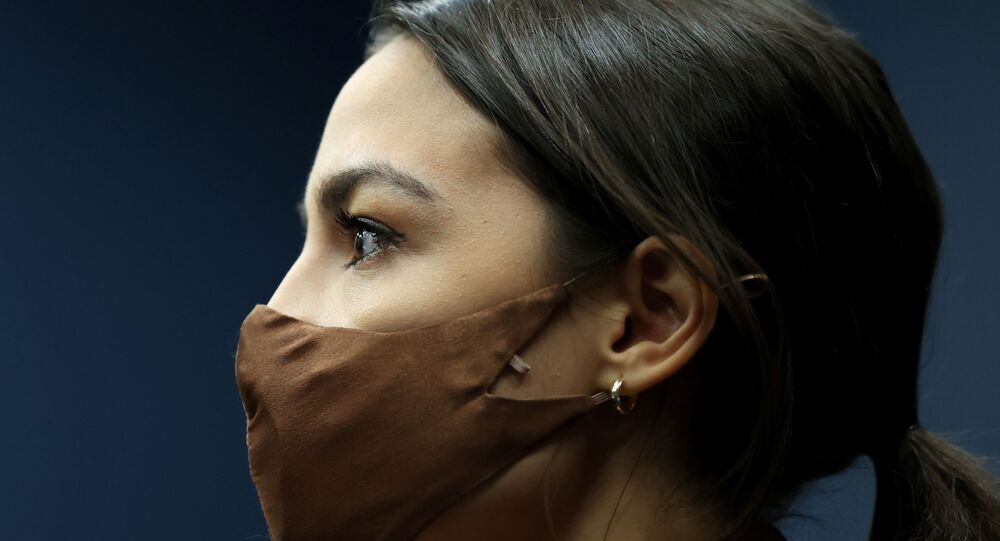 Democrat New York Congresswoman Alexandria Ocasio-Cortez' office has urged her 12 million-plus supporters on social media to report any posts to moderators critical of her debunked claim she was nearly killed by protesters who occupied the Capitol building on January 6.

The California Highway Patrol confirmed to Friday night's edition of Fox News' Tucker Carlson Tonight that they had sent two plain-clothes officers to Ryan Wentz's home after the Washington DC Capitol Police informed them he had made a "threat" to AOC.

That was after he tweeted a clip on Wednesday of the Democrat congresswoman's livestreamed conversation with Jewish Community Relations Council of New York CEO Michael Miller on the prospects for peace between Israel and the Palestinians — calling her answers "incredibly underwhelming".

The next day two Highway Patrol officers, including Investigator Christopher Van Klaveren, turned up at Wentz's door on the other side of the US.

​“The officers said, ‘We got a warning about a sitting member of Congress. And it was because of your tweet, which tagged them in it.’ And then they just wouldn’t back down from this accusation that I threatened to kill her,” Wentz told The Grayzone.

Carlson pointed out that Wentz's Twitter account is not under his name and that he does not list his address there — so it was a "mystery" how police identified and located him. The host speculated that Twitter had turned the blogger in to authorities on AOC's behalf.

“Another weird thing is usually I would get a report, because I’ve gotten my tweets reported before. But I didn’t get any notification about this,” Wentz said of the incident.

It later emerged that Wentz was investigated over another Twitter user's reply to his post, which was taken down by the site.

© REUTERS / CBP
'Where Are You?': GOP Senator Graham Blasts AOC for Not Visiting Southern Border Amid Migrant Influx
AOC has been ridiculed by conservatives for her claim that she narrowly escaped death at the hands of protesters who briefly occupied the Capitol building on January 6 in opposition to Congress' confirmation of Joe Biden as president. In fact she was in a separate office building across the road from the Capitol during the incident, which the protesters did not enter.

The congresswoman's spokesperson denied to Grayzone reporter Ryan Grim that she or her staff had reported the post to the Capitol Police, which the force also confirmed.

​But the website and Carlson pointed out that on February 4, Ocasio-Cortez's staff appealed to her more than 12 million Twitter followers to “scan your social media to find posts with misleading information” including the trending hashtags used by her critics and “use the built-in report feature to flag them for moderators.”

"Threatening people for daring to criticise the powerful is normal now," Carlson said. "That's a trend that's accelerated dramatically since January 6th, the day the hunt for 'domestic extremists' began".

Twitter Negotiates Takeover of Clubhouse for About $4 Billion, Reports Say