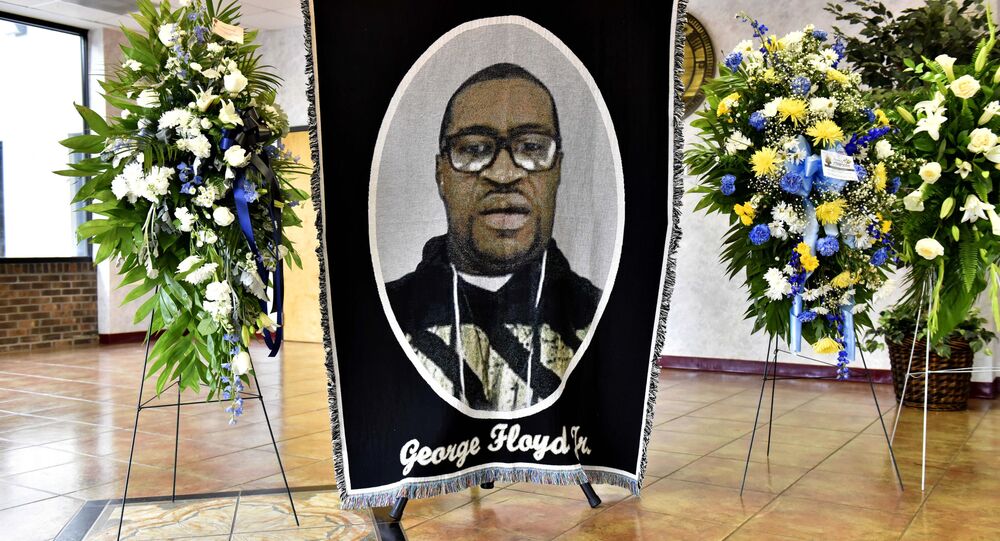 MOSCOW (Sputnik) - Dr Andrew Baker, a medical examiner who performed George Floyd's autopsy, testified on Friday that the African American man's death had been primarily caused by the actions of the police during his detention, while Floyd's hypertensive heart disease and drug use had facilitated this tragic end.

The defence team for Derek Chauvin, the former US police officer charged with Floyd's murder, has stated that Floyd's heart disease, or the fentanyl and methamphetamine in his system, might have caused his death.

During testimony in a US court on Friday, Baker said that due to Floyd's narrowed arteries, hypertension, and drug use he was in particular danger during the brutal encounter with the police officer. At the same time, these factors did not directly cause the death.

"And in my opinion, the law enforcement, subdual restraint, and the neck compression was just more than Mr Floyd could take by virtue of those heart conditions", Baker said as quoted by The New York Times.

Dr Martin J. Tobin, a medical expert who testified on Thursday, noted that even a healthy person would die if the same actions were applied to them.

Floyd, 46, died on 25 May after Chauvin and three other officers arrested him outside a Minneapolis shop, where he was accused of using a counterfeit $20 bill. A viral video from the scene showed white police officer Chauvin kneeling on Floyd's neck for over eight minutes, despite the latter's pleas that he could not breathe, until the man became unresponsive. Floyd died in a local hospital the same day.

All four of the officers involved in the detention were fired and later arrested. Chauvin, 45, has since been charged with 2nd-degree murder, 2nd-degree manslaughter, and 3rd-degree murder, which threaten to put him behind bars for decades. He pleaded not guilty.