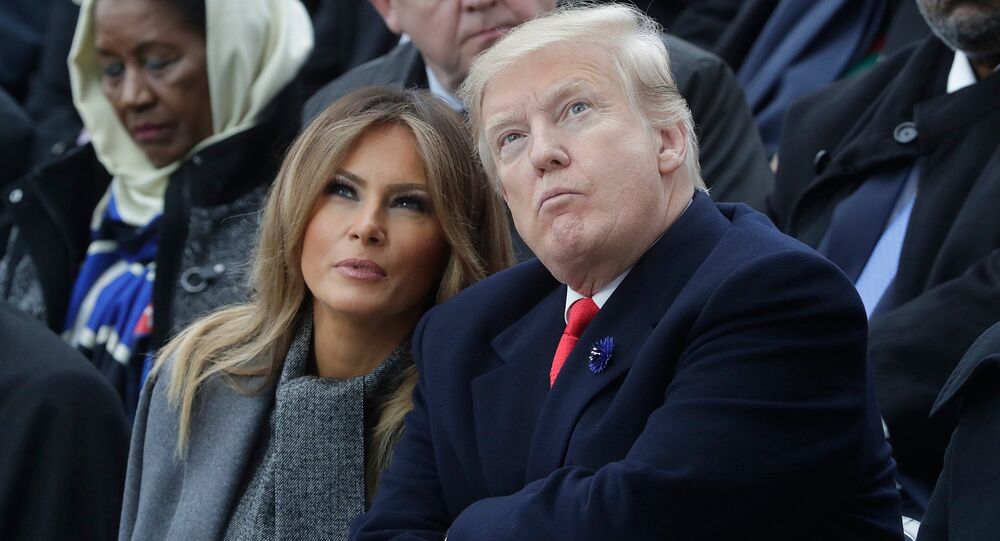 Former FLOTUS Melania Trump, whose admittedly reserved nature seems to be worlds apart from Donald's flamboyancy and outspokenness, piqued curiosities throughout her husband's entire tenure as president. What raised the most questions, was if she saw - and continues to see - eye to eye with her husband on relevant matters.

Although Melania Trump isn't actively political, she is a "conservative" who, for the most part, was not afraid to speak her mind, her biographers say. They believe, though, that by the end of her husband's term in January of this year, the former first lady became "extremely detached", as author Kate Bennett put it in comments to People.

She was "very, very quiet, unaffected, sort of more aloof and more aligned with the president and the narrative", Bennett continues. It reached a climax with the 6 January Capitol riots, with Mrs Trump stopping short of responding until five days later.

In her belated statement, Mrs Trump acknowledged the deadly violence at the Capitol that took five lives, and pushed back on what she called "salacious gossip" – seemingly a reference to Bennett's claims that she was overseeing a photo shoot in the White House at the time of the attack.

"This time is solely about healing our country and its citizens. It should not be used for personal gain", Mrs Trump said at the time, speaking very generally about her being "disappointed and disheartened with what happened".

This response to the siege, set up by Trump supporters, was a pivotal point, Bennett says, as "history will remember her silence".

"For a first lady, who for the past four years really didn't have a problem speaking out if her opinion was different from that of her husband, who was very vocal saying, 'I don't always agree with him, and I tell him so'", says Bennett, detailing this as a turning point in her reputation over the past four years.

"[For her to] choose those moments in American history and America's democracy to remain completely silent — I think that that will change the course of her legacy, to be quite honest".

As the Trumps departed Pennsylvania Avenue, moving to their Florida estate amid all the ado about Joe Biden's swearing-in on 20 January, rumours were reignited about their potential break-up. The latter, many commentators claimed, were just a matter of time, with the president's term term having ostensibly put the couple off separating.

Another biographer, Mary Jordan, author of "The Art of Her Deal" and a Washington Post correspondent, says when Mrs Trump first met her husband, he was a very different man than he currently is: "It's not like she married this guy that now is known for building a wall and mocking rivals with nicknames on Twitter".

Despite this, and the fact that their stint at the Whit House had ended, Mrs Trump "still stays by him", Jordan points out.

While Bennett claims, citing sources, that the former first lady would be the hardest one to persuade in the family if her husband decides to run for president in 2024, Jordan doubts that Mrs Trump will be difficult to talk into making another run.

"She is upset, I hear, of the way it ended with the Jan. 6 riot", says Jordan. "It put a huge dent in her own legacy, because she didn't come out and talk about it quickly enough".

Thus, she says,  it wouldn't be surprising if Mrs Trump decided "to come back and change the narrative".

Whatever the claims about Melania, the Trump White House repeatedly dismissed reporting about the former FLOTUS, including calling Jordan's book "fiction" and snapping back at Bennett's tell-all, "Free, Melania".