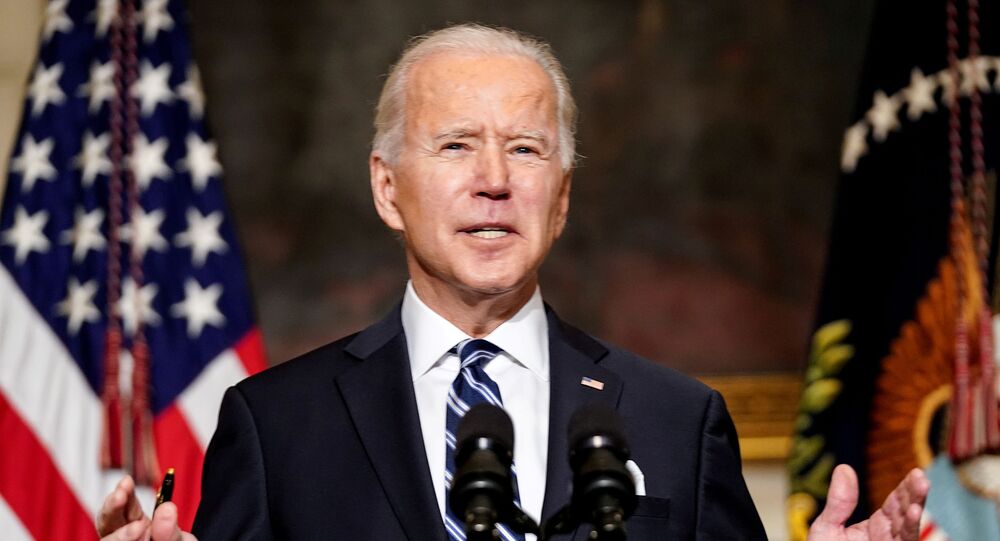 On Friday, President Joe Biden signed an executive order to create a bipartisan commission to study a possible reform of the Supreme Court. The potential changes pertain, among other things, about whether to expand the number of judges who sit on the nation's highest legal body.

Lots of netizens have trolled POTUS over a video that recently resurfaced online and which showed then-Senator Joe Biden slamming former US President Franklin Delano Roosevelt's push to pack the Supreme Court.

In the video that dates back to 1983, Biden is seen apparently telling his colleagues in the Senate about President Roosevelt, who "clearly had the right to send to the United States Senate and the United States Congress a proposal to pack the court".

"It was a terrible, terrible mistake to make, and it put in question there for an entire decade the independence of THE most significant body... in this country." pic.twitter.com/MEPu0fMRG4

"It was totally within his right to do that. He violated no law, he was legalistically absolutely correct, but it was a bonehead idea. It was a terrible, terrible mistake to make. And it put in question […] the independence of […] the Supreme Court of the United States of America", Biden added.

Twitter users were quick to issue sarcastic remarks, with one user arguing that POTUS now is "a self-described bonehead", and another calling Biden a person who "used to pretend to have principles".

The problem for political lifers like Joe, is that there's a lot of video evidence of them to choose from when they say stupid things.

[sighs] He used to pretend to have principles.

So now he is a self described bone head!

This is a different JOE a muppet !!!!

As Obama has said, never underestimate Biden’s ability to f- things up.

He has always been a foolish man. Shame, shame on the people of Delaware for inflicting him on us for 127 years.

The twitterstorm came after the White House on Friday announced that Biden had signed an executive order to create a dedicated commission to examine reform of the US Supreme Court.

© AP Photo / Evan Vucci
'No Wisdom, No Courage!' POTUS Trump Blasts Supreme Court Over Texas Post-Election Lawsuit
"The topics it [the commission] will examine include the genesis of the reform debate; the Court's role in the Constitutional system; the length of service and turnover of justices on the Court; the membership and size of the Court; and the Court's case selection, rules, and practices", the White House said in a statement.

The move followed warnings by Republicans and former President Donald Trump that the Biden administration might try to pack the US Supreme Court, which is now heavily dominated by GOP presidential appointees.