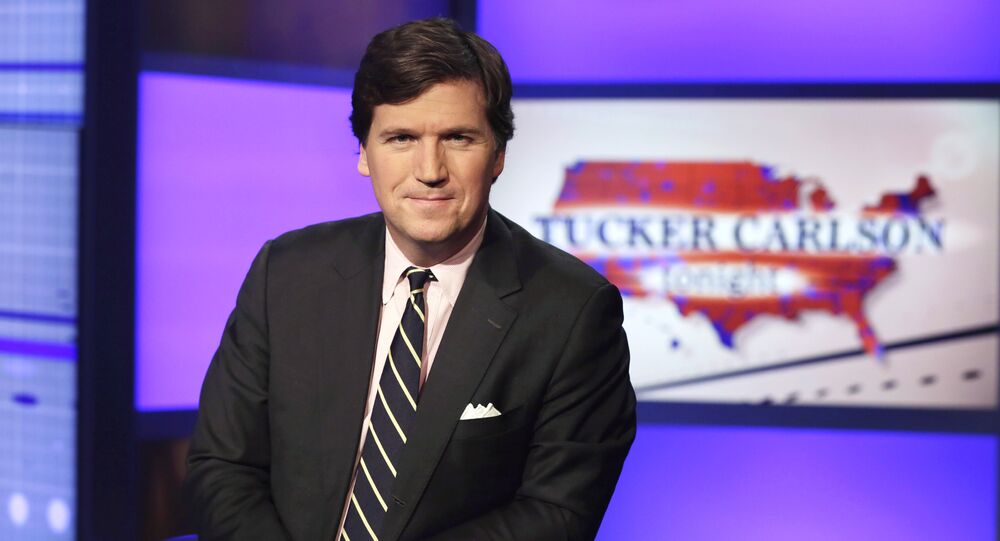 In March, CNN dubbed conservative Fox News host Tucker Carlson, "the new Donald Trump", arguing that he has taken the ex-POTUS' place as the conservative leader since the 45th was ousted from social media.

In his Twitter account, Greenblatt re-posted a video clip of Carlson's guest appearance on Mark Steyn's primetime show the day before, where the Fox News host allegedly defended the so-called "white replacement theory".

"'Replacement theory' is a white supremacist tenet that the white race is in danger by a rising tide of non-whites", Greenblatt said. "It is anti-Semitic, racist, and toxic. It has informed the ideology of mass shooters in El Paso, Christchurch, and Pittsburgh. Tucker must go".

In the clip, however, Carlson is heard outlining that his critical remarks on the current administration's immigration policy are not about "a racial issue", but rather about "voting rights".

"Everyone wants to make a racial issue out of it, 'Ooh, the white replacement theory'", Carlson is heard saying. "No, no, no, this is a voting rights question. I have less political power because they are importing a brand-new electorate. Why should I sit back and take that? The power that I have as an American, guaranteed at birth, is one man, one vote. And they are diluting it".

He even appeared to predict the backlash, saying "the left and all the little gatekeepers on Twitter become literally hysterical" when someone uses the word "replacement" to describe what he said was "the Democratic Party trying to replace the current electorate [...] with new people, more obedient voters from the third world".

.@TuckerCarlson: “replacement theory” is a white supremacist tenet that the white race is in danger by a rising tide of non-whites.

It is antisemitic, racist and toxic. It has informed the ideology of mass shooters in El Paso, Christchurch and Pittsburgh.

​Despite Carlson's clarification, Greenblatt still accused him of a "long pattern of increasingly toxic rhetoric in recent years", revealing that he wrote a letter to Fox News CEO Suzanne Scott explaining "why it's time to end his hate".

However, his initiative, which he accompanied with the hashtag #TuckerMustGo, has raised some eyebrows among his followers who argued that "to silence people that disagree with you is not democracy". Some users even advised him to listen to Carlson's rant more carefully.

Audio comprehension seems to be an issue with this thread because he did not give a defense of white replacement. You either did not listen, did not understand or you are not telling the truth. Hmmm. This is a lie - we cannot trust anyone - listen or read for yourself -

Sorry to see Jonathan Greenblatt make voting integrity a racial issue. It isn't. As a very proud jew, and Trump supporter, I do not want illegal aliens flooding the US (white, brown or black). Our borders must be secure. Provide ID when we vote, just like we do at airports.

​This is not the first time the conservative host has received backlash for his comments. His remarks on Meghan Markle, immigration policy, and recent comments about military suits for pregnant women in the army have put him in the crosshairs of some liberal observers, apparently making his figure so odious that CNN even anointed him "the new Donald Trump".