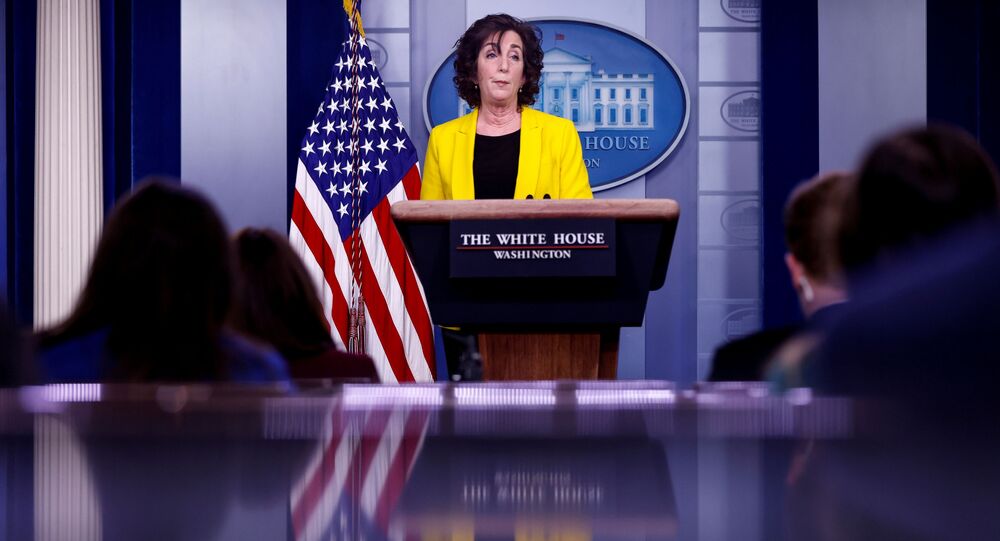 It was announced Friday that White House officials intend to reach out to several major US companies about possibly increasing their investments in both Mexico and Central America. According to data from US Customs and Border Protection (CBP), agency personnel encountered more than 172,000 migrants at the Southwest border in March.

US National Security Adviser Jacob Sullivan announced Friday afternoon that Roberta Jacobson, special assistant to US President Joe Biden and coordinator for the Southwest border, will retire from her duties at the end of April.

Jacobson's decision to leave is "[c]onsistent with her commitment at the outset to serve in the Administration's first 100 days."

Sullivan's release detailed that US Vice President Kamala Harris, who was recently selected as point person for the Biden administration's efforts at the US-Mexico border, will work with Secretary of Homeland Security Alejandro Mayorkas and Secretary of Health and Human Services Xavier Becerra to "rebuild" the US immigration system.

Shortly before the said announcement, Jacobson revealed to Bloomberg News that Washington will tap US companies to consider assisting in the administration's development plan. According to the outgoing official, hurricane-damaged agricultural land in Central America and Mexico will be the primary focus.

"We can expect to see progress in the president’s first term," she asserted on Friday.

However, folks should not expect drastic change for some time.

She went on to claim that corruption in Central American governments could impede progress and present "real challenges" for delivering aid. The outgoing official also said the administration of former US President Donald Trump allowed anti-corruption mandates to lapse in both Guatemala and Honduras.

"This is not a situation in which we write a check to governments and let them spend it as they wish," Jacobson said. "We’re pretty confident that the funds will be used as intended."

Nevertheless, the US is presently confronted with an ongoing "increase in encounters and arrests" along the Southwest border, according to a Wednesday news release from CBP.

"Encounters have continued to increase since April 2020, and our past experiences have helped us be better prepared for the challenges we face this year," said a senior CBP official. "We are committed to balancing the need to maintain border security, care for those in our custody, and keep the American people and our workforce safe."