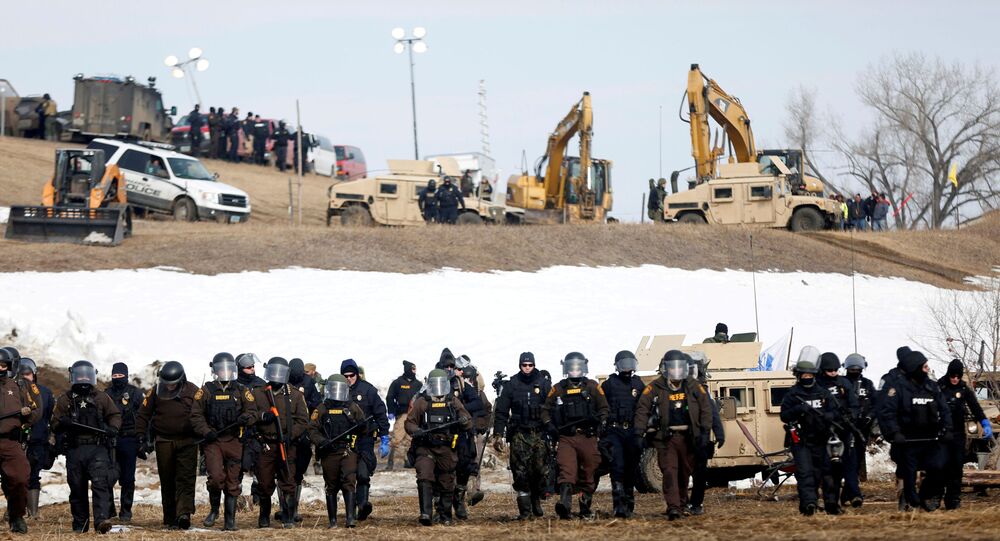 US Judge Delays Decision on the Fate of Dakota Access Pipeline

WASHINGTON (Sputnik) - US Judge James Boasberg, during a court hearing on Friday, delayed a decision about whether to allow the $3.7 billion Dakota Access pipeline to continue operating.

Boasberg said he will give the project developer, Energy Transfer Partners (ETP), ten days to update information provided to the court concerning potential economic consequences associated with shutting down the pipeline.

A company attorney said their assessment of the potential economic fallout from shutting down the pipeline needs to reflect the current status of a US economy damaged by the novel coronavirus pandemic.

An attorney representing the Army Corps of Engineers said they did not plan to shut down operations, regardless of the pending litigation.

A groups of attorneys representing the Standing Rock Sioux tribe, the Cheyenne River Sioux, and others, have expressed their disappointment that the Dakota Access pipeline is continuing to operate without proper authorization, particularly as changes are expected under the Biden administration.

The tribes were in a three-year legal battle with the Trump administration and the pipeline’s parent company, ETP, to prevent the Dakota Access Pipeline from passing through sacred lands and threatening vital water resources.

Between 2016 to 2017, protesters participated in mass demonstrations against the pipeline, which resulted in law enforcement using force to allow the construction of the pipeline to be completed.

The Dakota Access Pipeline is used to move some 570,000 barrels of tar sands oil per day from North Dakota through South Dakota, Iowa and Illinois.