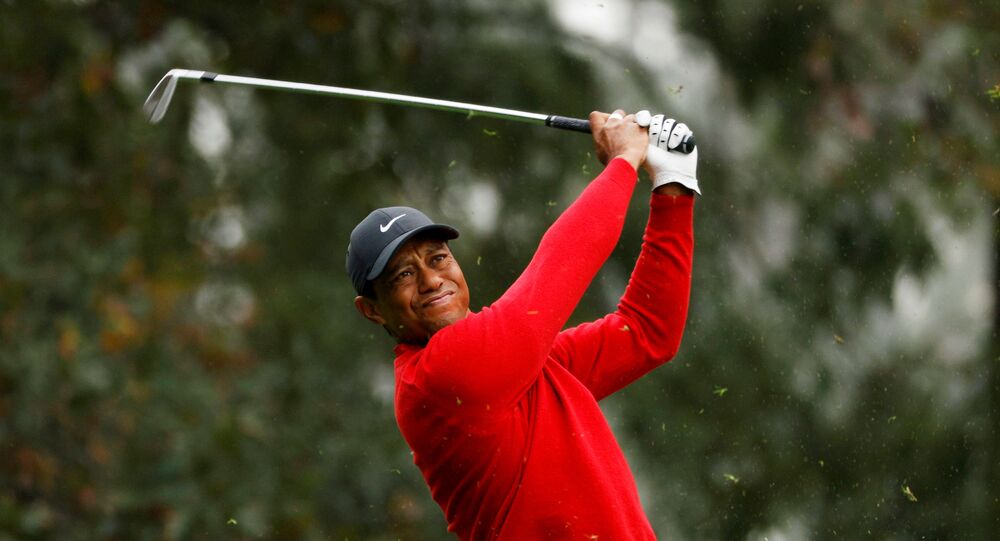 Famed golfer Tiger Woods was left severely injured and taken into emergency surgery in late February after the decorated athlete lost control of his vehicle and ended up rolling his car down a hillside. Woods was the only individual who was directly injured by the mishap.

Newly surfaced details surrounding Woods’ devastating February car crash in Los Angeles, California, have revealed that the “somewhat combative” champion golfer mistakenly believed that he was in Florida at the time.

Obtained by USA Today Sports, the 22-page collision report details that data documented by the vehicle’s black box reveals that Woods did not adjust the position of the car as the driving lane began to curve right, and that he traveled several hundred feet without hitting the brakes after striking the median.

Rather than braking, which investigators noted would have prevented the collision entirely, Woods instead hit “the gas pedal at 99% in the final seconds before hitting the raised median,” according to the outlet.

Woods’ failure to adjust his driving ultimately saw him jump the curb, strike a tree and roll his car  down into the Rolling Hills Estates. The incident caused the athlete multiple injuries, including several fractures to his right leg and ankle.

The report details that when first responders treated Woods at the scene, he seemed “somewhat combative” and his pupils appeared to be “slightly sluggish.” He was also suffering from low blood pressure. However, the conditions were subsequently written off as having been caused by the “shock” of the accident.

Later, after being transported to a local area hospital, investigators interviewed Woods while stitches were being applied to his face. There, Los Angeles Sheriff’s Deputy Kyle Sullivan determined the athlete was not entirely aware of where he was.

“I then asked [Woods] if he is able to tell me about what happened regarding the traffic collision,” Sullivan recalled in the report. “[Woods] told me he did not remember being involved in a traffic collision. [Woods] thought he was currently in the state of Florida.”

Although officials did find an empty, unlabeled pharmaceutical bottle inside a backpack found at the crash site, another officer’s account included in the collision report stated that investigators found “no reason to believe [Woods] had been operating a motor vehicle while imparied by alcohol/drugs.”

© REUTERS / MARIO ANZUONI
The overturned car of Tiger Woods is seen after he was involved in a car crash, near Los Angeles, California, U.S., February 23, 2021. REUTERS/Mario Anzuoni

The report’s findings came days after Los Angeles County Sheriff Alex Villanueva announced that Woods was traveling at unsafe speeds between 84 mph and 87 mph in a 45-mph zone when he lost control of the SUV he was driving. Officials also determined that the vehicle reached 75 mph when it struck the tree and rolled into a ditch.

At the time, Villanueva also indicated Woods would not be issued a citation or be charged with reckless driving, explaining that a citation required witnesses and the charge required more than one infraction.

“The decision not to issue a citation would be the same thing for anyone in this room,” Villanueva told reporters during the Wednesday conference. “The inference [that] he is somehow special is false.”

The February crash marks the third such incident for Woods since the 2009 crash that saw him charged with careless driving, after he drove his car into a fire hydrant and a tree just outside of his Florida home.