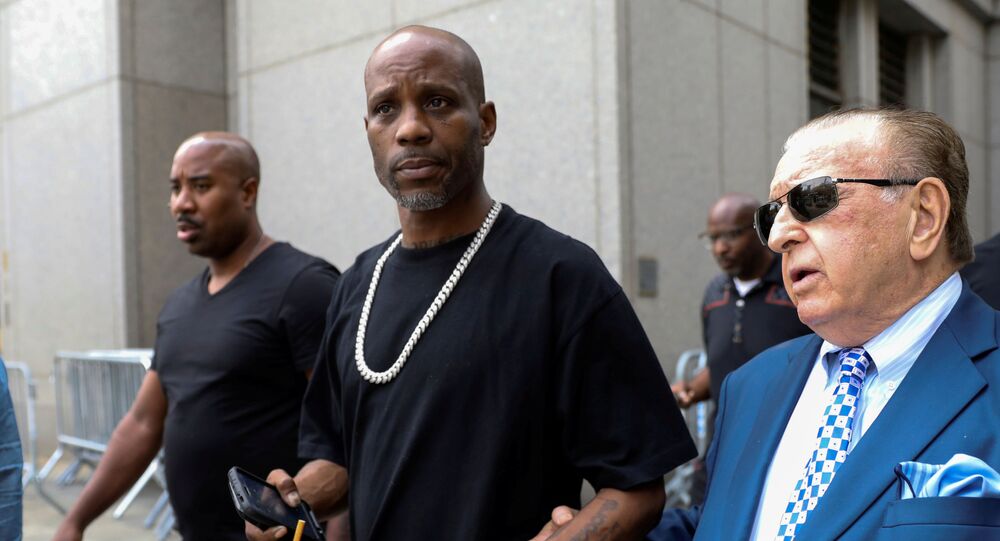 The Grammy-nominated rapper was admitted to the critical care unit earlier this month after suffering a heart attack. Although media reports suggested that the musician was hospitalised after a drug overdose, his representatives declined to comment on the issue.

Earl Simmons, better known for his stage name DMX, has died at a New York hospital after suffering a "catastrophic cardiac arrest", his family and the hospital confirmed to AP.

“Earl was a warrior who fought till the very end. He loved his family with all of his heart and we cherish the times we spent with him. Earl’s music inspired countless fans across the world and his iconic legacy will live on forever. We appreciate all of the love and support during this incredibly difficult time”, his family said in a statement.

The musician was hospitalised in Westchester for a heart attack. Reports emerged that DMX suffered a drug overdose and was in a "vegetative state", but his representatives declined to confirm the rumours.

The hip-hop artist received two American Music Awards in 2000 and 2001 and was nominated for a Grammy three times.

He also made a career in cinema and TV, appearing in a number of films and shows.