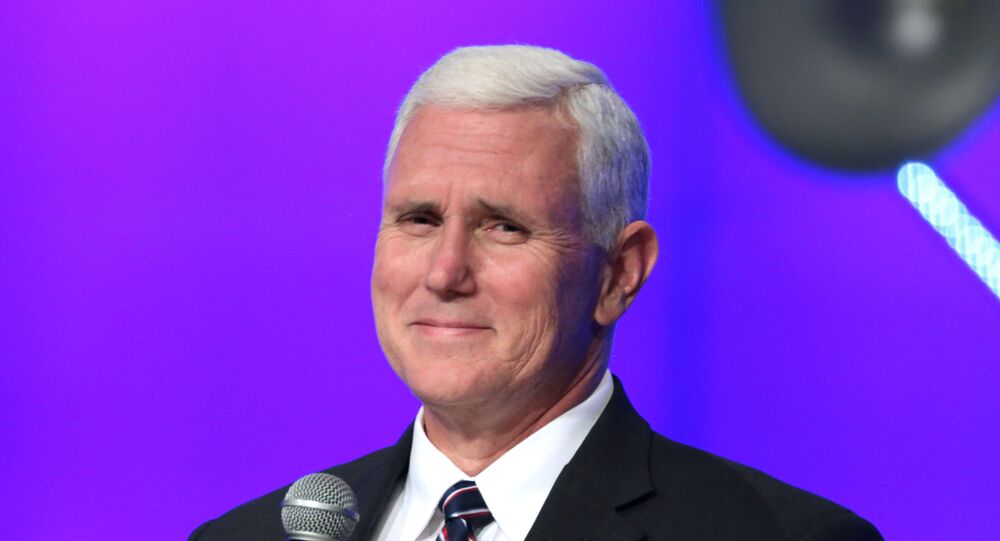 Since the end of the Trump administration, former US Vice President Mike Pence has kept his distance from former US President Donald Trump, who claimed Pence could overturn the results of the 2020 presidential election. The ex-vice president's recent ventures, and silence on Trump have stoked rumors of a possible 2024 presidential campaign.

As folks continue to speculate on possible Republican candidates for the 2024 presidential election, Pence announced on Wednesday that he has recruited a slew of GOP and conservative heavyweights to sit on the advisory board of Advancing American Freedom, a new policy and advocacy organization.

"Advancing American Freedom plans to build on the success of the last four years by promoting traditional Conservative values and promoting the successful policies of the Trump Administration," said former Vice President Mike Pence. "Conservatives will not stand idly by as the radical Left and the new administration attempt to threaten America’s standing as the greatest Nation in the world with their destructive policies."

Paul Teller, executive director of Advancing American Freedom, detailed that the policy and advocacy organization will push back against the "radical Left" and the administration of US President Joe Biden.

The release noted the group seeks to unify the Republican party by fusing "traditional Conservative values with the Make America Great Again policy agenda that propelled the Nation to new economic heights, and unprecedented strength and prosperity."

Board members of the organization include a number of former Trump administration personnel, including ex-White House counselor Kellyanne Conway, former Director of the US National Economic Council Larry Kudlow and former US Trade Representative Robert Lighthizer.

Incredibly honored to serve as an advisor to former VP Mike Pence’s new organization, Advancing American Freedom. More than ever, we need to prioritize policies that advance liberty, security & economic growth. Thank you @Mike_Pence for your leadership & service! @AmericanFreedom https://t.co/dppYC9EQag

Former Sen. Rick Santorum (R-PA), who has been serving as a CNN senior political commentator since 2017, is also on the Advancing American Freedom Advisory Board.

The launch of Pence's advocacy group comes alongside Simon & Schuster's announcement of Pence's two-book deal. According to the US publishing company, the former vice president's untitled autobiography will highlight "Pence’s faith and public service."

The autobiography is slated for publication in 2023, while the second book has not been announced.

"I am grateful to have the opportunity to tell the story of my life in public service to the American people," Pence said in a quoted statement.

It's unclear how much Pence's two-book deal was worth, but early reports suggest the former vice president fetched somewhere between $3 million and $4 million.

Pence's series of announcements have many speculating the former vice president may throw his hat into the ring for the 2024 US presidential election. Presently, Pence is scheduled to travel to South Carolina on April 29 and make his first post-office public address at a dinner hosted by the Palmetto Family Council, a conservative Christian nonprofit.