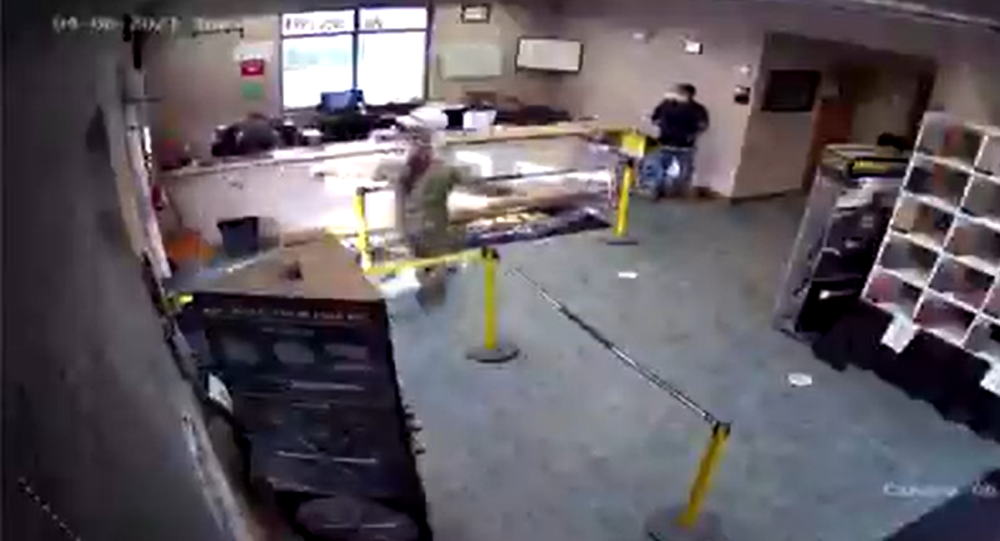 On Tuesday, a shooting incident occurred in Maryland after a Navy Hospital corpsman started shooting a rifle in a park before driving to Fort Detrick, where he was killed by security personnel.

A chilling surveillance video emerged online on Tuesday after a shooting in Maryland, showing a wounded Navy officer running inside the Nicolock paving manufacturer facility seeking help and covered in blood.

According to Fox News, one of the two critically wounded officers ran into the facility "moments after" being shot near the Army based he was assigned to, Fort Detrick.

The video shows the soldier's neck and upper back covered in blood as he staggers into the Nicolock facility, and employees can be seen rushing to lock the doors.

WARNING! The following video contains graphic content that may be offensive for someone.

#BREAKING video shows the moment the wounded @USNavy member walked into @NicolockPaving facility looking for help. His neck area & upper back appear to be covered in blood. Employees jump up & lock doors, run to warn their staff & try to help the victim after @fox5dc pic.twitter.com/tkU2XwexT9

​According to authorities, the Maryland shooting has left two people injured, both of whom are active duty sailors assigned to Fort Detrick. Police said that they suffered life-threatening injuries, with one officer "in critical but stable" condition, and another one "in serious condition" but expected to be released Wednesday.

The suspect was identified as Fantahun Girma Woldesenbet, a 38-year-old Frederick resident. After shooting his victims with a rifle, he drove to the Army base, where he was killed by security personnel. An investigation into the incident is ongoing.