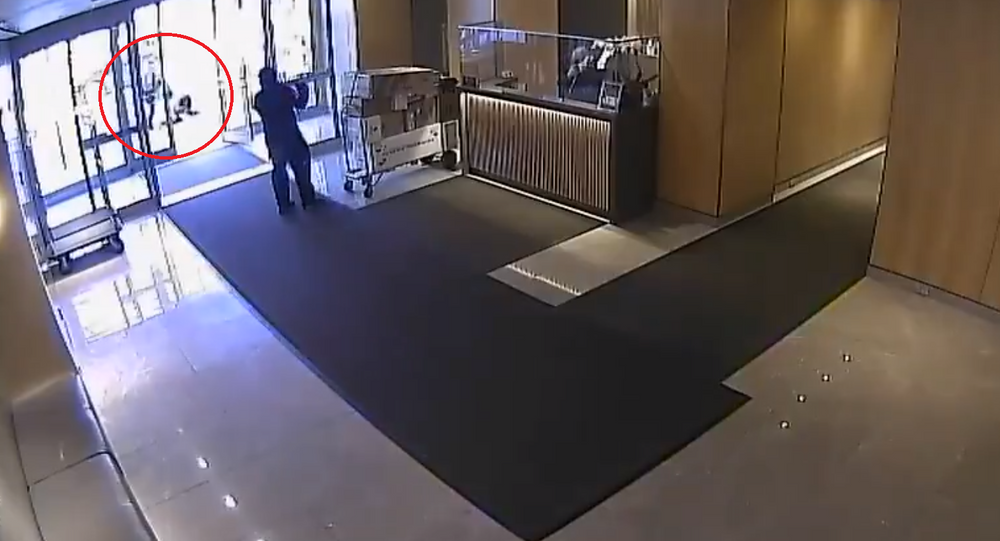 On March 29, a 38-year-old parolee convicted of killing his mother was caught on camera attacking a 65-year-old Asian American woman near Times Square in New York City, New York. While two doormen at a nearby building flagged down cops after the incident, some viewers of the viral footage argued that the men could have intervened sooner.

The Brodsky Organization announced on Tuesday that the NYC doormen who had observed the March 29 attack had been fired, following an investigation that wrapped the same day.

"While the full lobby video shows that once the assailant had departed, the doormen emerged to assist the victim and flag down an [New York Police Department] vehicle, it is clear that required emergency and safety protocols were not followed," the statement read, as reported by the Associated Press.

Security footage posted to social media last month showed 65-year-old Vilma Kari kicked and stomped by a man. Kari is seen helpless on the ground as one of the doormen shuts the door.

The Service Employees International Union, Local 32BJ (SEIU 32BJ) - the workers' union - has detailed that the doormen will challenge the company's termination decision.

"We believe we must root out systemic racism in all its forms," SEIU 32BJ President Kyle Bragg said in a statement. "We believe that all union workers, especially workers of color who are often the subject of unfair treatment on the job, have a right to a fair process as outlined in their contract."

Elizabeth Kari, daughter of the 65-year-old victim, noted in a Sunday GoFundMe post that her mother "has been resting these past few days and wants to send her best as your energy, prayers, and thoughts have reached her and our family."

Lawyers for Brandon Elliot, the 38-year-old suspect, have called to "reserve judgment until all the facts are presented in court."

Elliot is charged with two counts of felony assault as a hate crime. The suspect is scheduled for arraignment on April 21.

A March 2021 study by the Center for the Study of Hate and Extremism at California State University, San Bernardino, found that while overall hate crimes in the US dropped 6% in 2020, reports of anti-Asian hate crimes in 16 of the largest US cities had surged 145% last year.

The focus on the growing trend has led to the reemergence of race-related demonstrations in the US, including Monday's "Stop Asian Hate" rally in NYC.