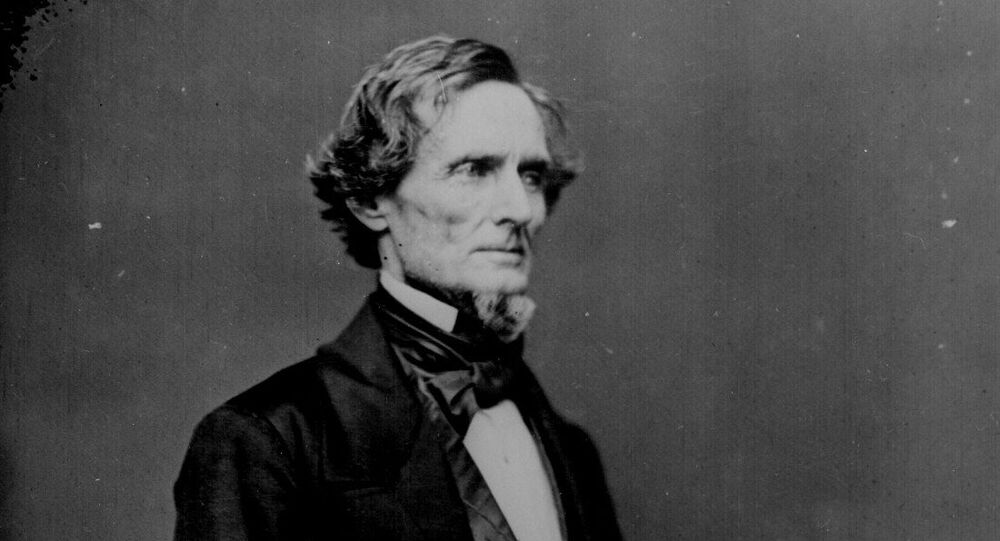 Jefferson Davis was a president of the American Confederate States from 1861 to 1865. His monument in Selma, Alabama, was a stone chair in the Old Live Oak Cemetery, which, according to reports, was stolen last month.

A group named "White Lies Matter" claimed responsibility for stealing the Jefferson Davis monument from the Old Live Oak Cemetery in Selma, Alabama, and threatened to turn the stone chair into a toilet unless the United Daughters of the Confederacy meets their demands, Fox News reported on Tuesday.

The group demands that the organization hang a banner with a quote by Assata Shakur: "The rulers of this country have always considered their property more important than our lives" on Friday, the anniversary of the Confederacy's surrender. It must be displayed for 24 hours.

The group has reportedly already delivered the poster to the organization.

In the event that the United Daughters of the Confederacy fails to meet the demands, the stolen Jefferson Davis chair will be turned into a toilet.

"It is safe and stored in a secure location," the note by the group reads. "We have every intention of returning it unharmed, hell, we'll even clean it up for you."

did u steal the $500k Jefferson Davis chair & then tell United Daughters of the Confederacy the chair will be safe only if the group hangs an Assata Shakur banner outside its headquarters, or else the chair will become a toilet?

​The group also reportedly attached a picture of the stone chair, photoshopped into looking like a toilet.

I don't condone committing a felony, but if you're going to commit a felony...

​Michael Jackson, a Dallas County district attorney, told Fox News that the chair is worth half a million dollars, and "was stolen out of is where most of the Confederate soldiers from Selma are buried, and it contains several Civil War relics".

According to Montgomery Advertiser, a $5,000 reward was offered for information about the disappearance of the chair.

The United Daughters of the Confederacy is an organisation of conservative women commemorating prominent Confederate figures, while "White Lies Matter" is described in various media reports as a left-wing activist group that stands against racism and xenophobia.