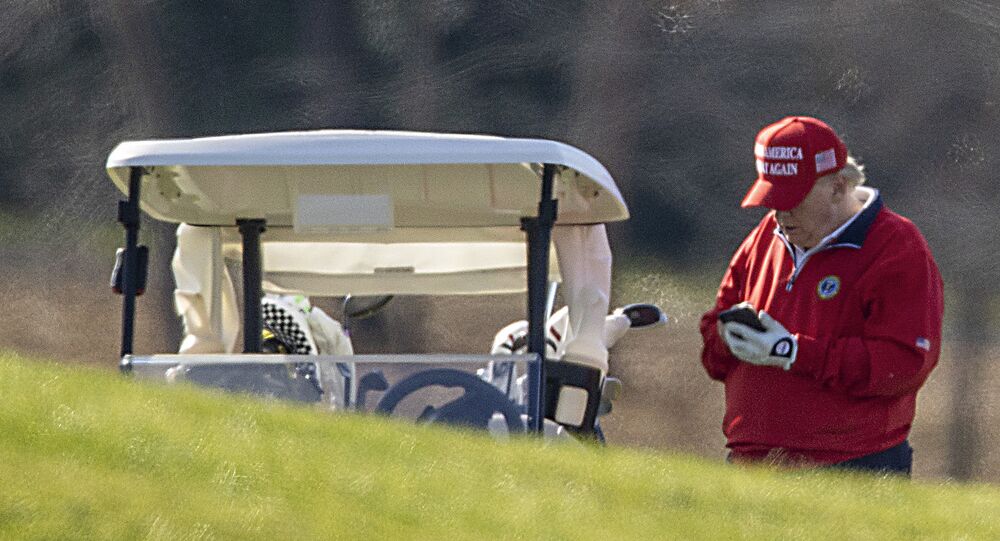 This is not the first time Dean Obeidallah has called Donald Trump a terrorist; he's been slamming him since the 6 January events at the US Capitol.

American radio host and CNN and MSNBC contributor Dean Obeidallah went on a Twitter rant on Sunday against former US President Donald Trump, accusing him of inciting a “terrorist attack on our Capitol” and saying he should be in prison.

The 51-year-old comedian also claimed that any member of the media who does not cover Trump as the inciter of the 6 January “terrorist attack” is “normalising terrorism.”

Every Trump statement he puts out should be covered by the media the same way they covered Bin Laden's tapes in the year after 9/11. Both Trump and Bin Laden incited terrorist attacks on our nation designed to destroy our democracy. Anything else by media is normalizing terrorism

​On 6 January, a Washington "Stop the Steal" rally in support of then-US president Trump spiralled out of control with dozens of people breaking into the Capitol building. Five people died as a result.

Trump was accused of “inciting an insurrection” afterwards and impeached by the US House of Representatives but was later acquitted by the US Senate. Trump, who called on supporters to oppose Joe Biden's nomination "peacefully" during the rally, denied any responsibility for the protests, saying that what he said was "totally appropriate."

Obeidallah didn't stop at comparing the former US president to the founder of the al-Qaeda terrorist organisation* and mastermind behind the September 11 terror attacks in 2001.

The comedian then went on to slam Georgia's new voting law, claiming the legislation is “100% about preserving white supremacy.”

The CNN and MSNBC contributor also claimed that “many white people will deny that another white person is a racist” and that the “tribal mentality of white people on right is dangerous.”

Unless a person is literally burning a cross, many white people will deny that another white person is a racist. The tribal mentality of white people on right is dangerous. They will excuse any behavior of fellow white people from Trump to Matt Gaetz to Derek Chauvin

Georgia passed a law last month that changed some local election policies. Among other changes, the law requires a state-issued ID to request a ballot in an absentee vote, shortens runoff elections from nine to four weeks, and limits ballot drop boxes, requiring them to be placed at early voting locations and making them available only while the precinct is open.