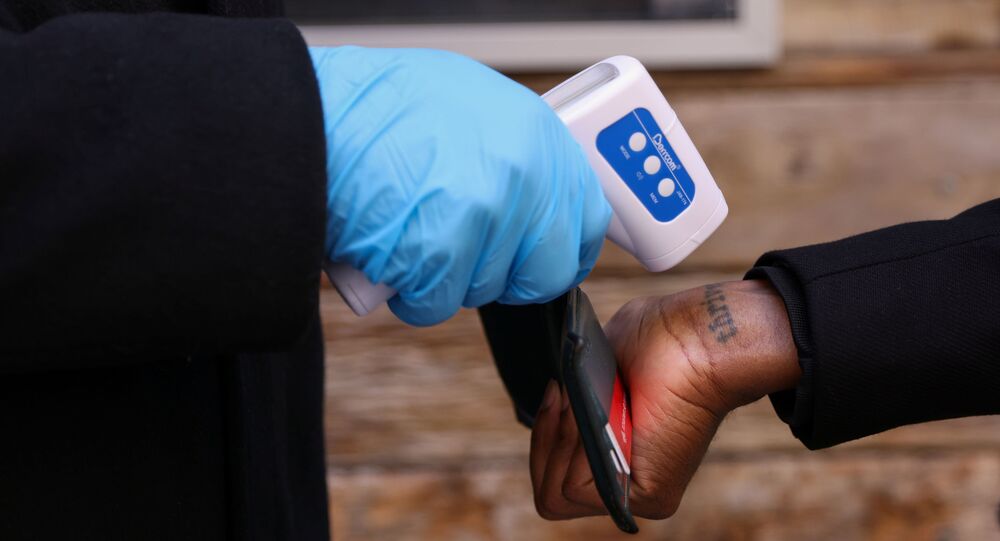 MOSCOW (Sputnik) - A fourth wave of the coronavirus infection has started in the United States as new strains are becoming more prominent, epidemiologist Dr. Michael Osterholm, who served as a member of US President Joe Biden's COVID-19 transition advisory board, says.

"We seem to be in a cycle of regional activity and right now the upper midwest is lighting up with the northeast, and it won’t be long before the rest of the country will be following behind," Osterholm told Fox News on Sunday.

Asked whether the current spike in infections could be considered a "fourth wave," Osterholm said he believed so.

"I believe that, in some ways, we're almost in a new pandemic," the epidemiologist said, adding that "The only good news is that the current vaccines are effective against this particular variant B.1.1.7. [British strain.]"

© AP Photo / Mark Humphrey
New Virus Surge Is Just Around Corner as UK COVID-19 Strain Becomes Prevalent in US - Report
Osterholm explained that currently there is a spike particularly in British variant coronavirus cases in the US. This strain appears to be more virulent among young people and children, the epidemiologist warned.

"They are now, as kids, getting infected at the same rate that adults do," Osterholm told Fox News, adding "They're very effective at transmitting the virus."

According to the latest data from Johns Hopkins University, the United States has a total of over 30.6 million confirmed coronavirus cases, while the country’s COVID-19 death toll stands at over 554,000. In the past week, the US was registering, on average, a little over 65,000 new cases per day, which is a 20% increase from two weeks earlier.