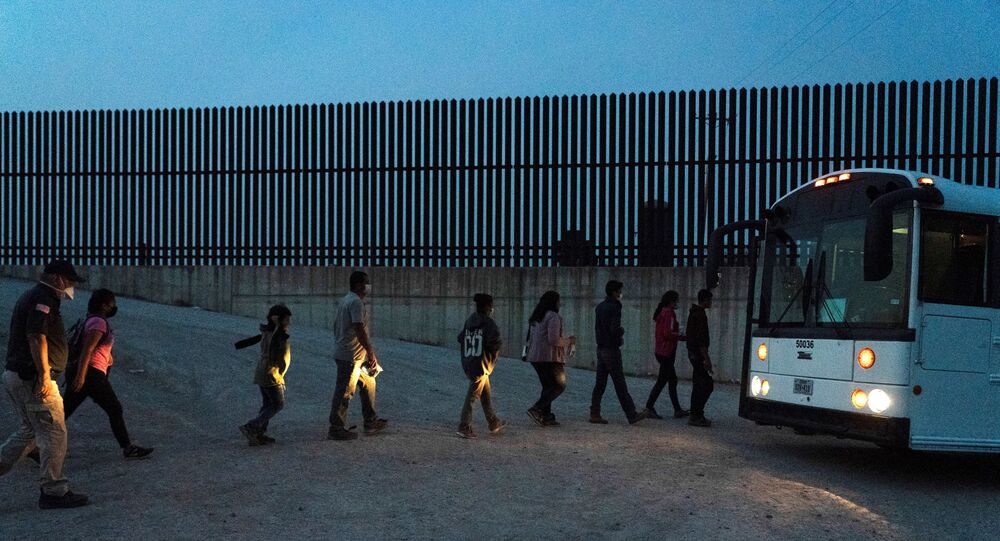 The US is bracing itself for a record number of migrants arriving at its southern border this year. The latest US government data from October to February shows that a total of 396,958 illegal migrants have been detained.

The United States stopped more than 171,000 migrants at the border with Mexico in March, according to preliminary data obtained by Reuters. In comparison, about 100,441 illegal migrants were stopped in February.

The figure, which includes nearly 19,000 unaccompanied children, is the the highest monthly total in two decades.

The number of migrants arriving in the US have surged to record levels against a backdrop of raging coronavirus.

The migrant influx is causing a crisis at the border as the newcomers are packed in facilities that are not fit for long-term housing.

So far, neither US President Joe Biden, nor Vice-President Kamala Harris have visited the border. The president has also said that "now is not the time" for migrants to rush into the US because of the COVID-19 pandemic.

After being inaugurated in January, Biden promptly repealed his predecessor's "zero tolerance" policies related to migrants, including halting the construction of the border wall.