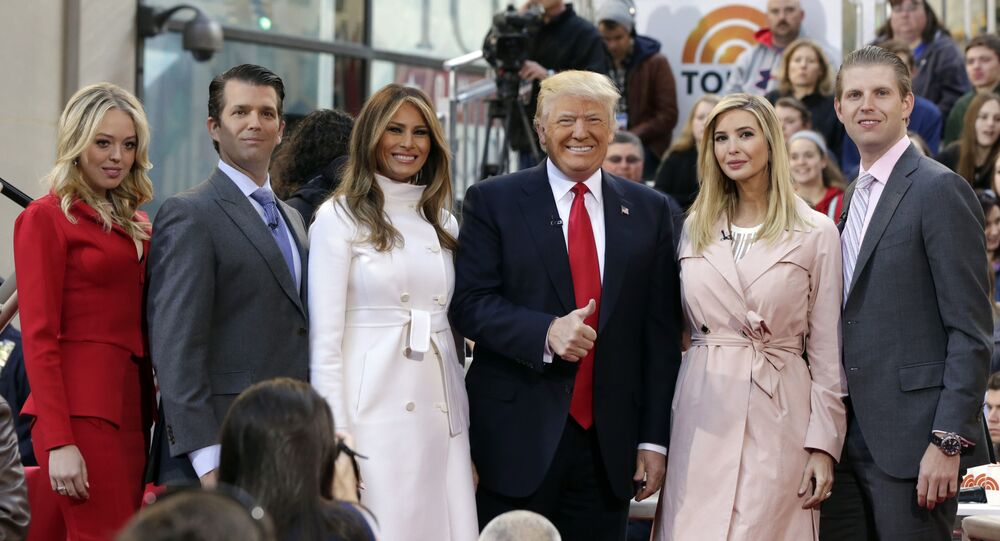 No Drugs or Alcohol: Trump Takes a Veiled Dig at Biden Speaking About His Success in Raising Kids

The 45th president has five children from three marriages, with whom he remains very close. His eldest daughter Ivanka worked as a senior adviser to him as well as the director of the Office of Economic Initiatives and Entrepreneurship.

Former US President Donald Trump has taken a veiled jab at his rival in the 2020 presidential election and current occupant of the Oval Office Joe Biden. In an interview with cable the channel Real America, the Republican was asked how he raised his kids. Trump said the key to being a good father was to devote a lot of attention to children and keeping them away from drugs, cigarettes, and alcohol.

"You can have good children, but if they start with the drugs, alcohol, cigarettes...I've said it for years to them. So far it's had a pretty good impact. I've seen some really good children go wild on drugs and alcohol, and then that's a different ballgame", Trump said.

The last sentence appears to be a veiled dig at Joe Biden and his son Hunter, who for years struggled with alcohol and drug addiction. The younger Biden was discharged from the military after testing positive for cocaine. Trump repeatedly used Hunter to attack Joe Biden during the past presidential debates, claiming he made money only thanks to his father's name.

"He didn't have a job until you became vice president. He made a fortune in Ukraine, in China, in Moscow, in various other places", Trump told Biden during the first debate.

Hunter Biden was thrown into the media spotlight last October when the New York Post published an expose, claiming the elder Biden was involved in his son's business deals in Ukraine and China, which the newspaper said may constitute conflict of interest. The newspaper said it obtained the information from a laptop that allegedly belonged to Hunter Biden.

Hunter has since revealed that he used money he earned when he was on the board of directors of the Ukrainian company Burisma to buy drugs and alcohol. In his memoir titled "Beautiful Things" the 51-year-old said he became addicted to cocaine in 2016 and when things got bad he smoked crack every 15 minutes.

In the book he also opens up about his affair with the widow of his late brother Beau and attacks Donald Trump, whom he called "a vile man on a vile mission".