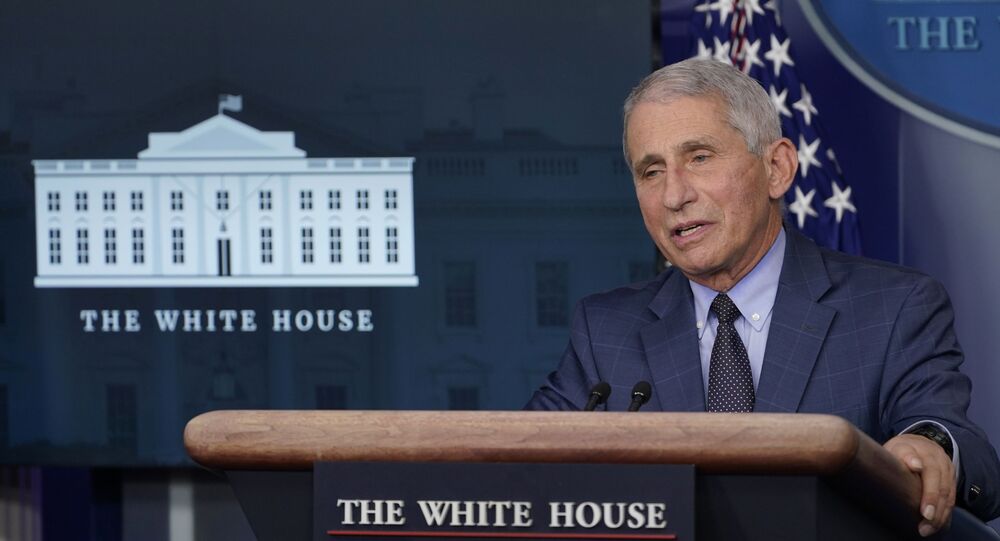 The inoculation, which was once hailed as a game changer in the fight against the coronavirus pandemic has recently been plagued by news of side effects. A number of European countries have suspended the use of the jab following the detection of blood clots in the brains of vaccinated people.

America's leading expert on infectious diseases, Dr Anthony Fauci, has said the United States may not need the AstraZeneca vaccine against coronavirus even if the country's Food and Drug Administration (FDA) authorises its use. Speaking to Reuters, the government's chief medical adviser said US authorities had secured enough coronavirus inoculations to immunise the entire population and possibly administer booster shots in the autumn.

Dr Fauci provided a dubious answer when asked whether the US Department of Health will use the 300 million doses of AstraZeneca vaccine the US bought last year.

"That's still up in the air. My general feeling is that given the contractual relationships that we have with a number of companies, that we have enough vaccine to fulfill all of our needs without invoking AstraZeneca", he told Reuters.

Scepticism About Efficacy and Side Effects

Upon its creation, the vaccine was hailed as a game changer in the global fight against the coronavirus pandemic. However, the results of it trials raised eyebrows among the scientific community. The vaccine's impressive 90% efficacy was achieved in a group of people, whose age did not exceed 55, as they were also given a half-dose before a full-dose booster. In the meantime, when tested in a group of participants aged over 55, its efficacy dropped by just under a third, to 62 percent.

© Sputnik / Sergey Averin
Over Half of German Citizens Ready to Be Vaccinated With Sputnik V, Poll Shows

Another detail that has cast doubt over the fate of AstraZeneca's vaccine is its ability to protect against COVID-19. The Anglo-Swedish company said their brainchild is on average 70 percent effective against the disease, which according to Johns Hopkins University has already claimed the lives of 2.8 million people.
For comparison vaccines developed by Pfizer-BioNTech and Russia's Gamaleya Research Institute give around 90 and 92 percent protection respectively against COVID-19.

Most recently, the AstraZeneca vaccine suffered another blow when it was reported that dozens of people have developed blood clots after receiving the jab. Several countries, including Germany, France, and the Netherlands suspended use of the inoculation, but later resumed it after the European Medicines Agency said the benefits of the inoculation "outweigh the risks of side effects".

Canada to Receive 1.5 Mln ‘Loaned’ AstraZeneca Vaccines From US Tuesday