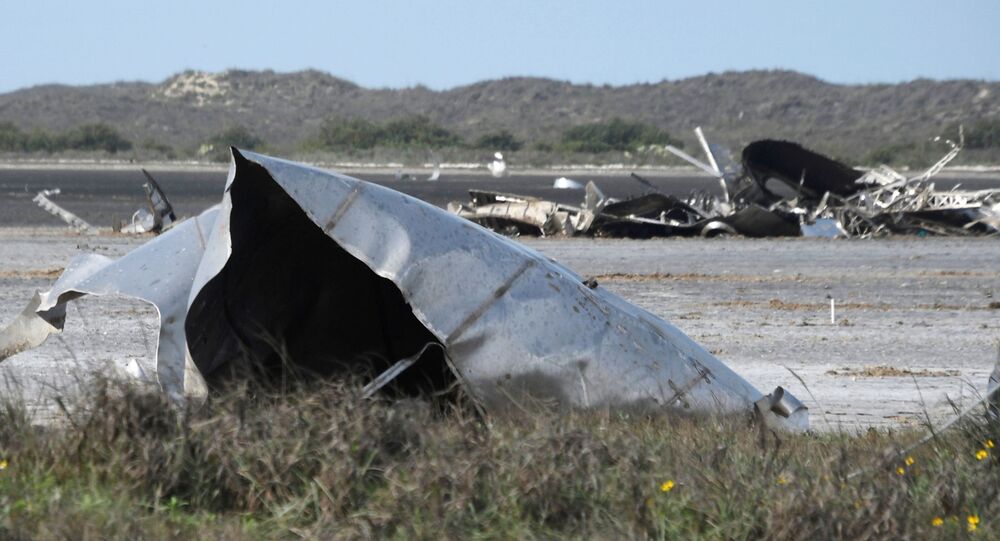 SpaceX has said it expects its Starship rockets to begin carrying commercial payloads as early as this year, although the company has so far failed to put one of the rockets on the ground safely without it exploding.

An ecological reserve near SpaceX’s Texas launch facility was littered with debris after a Starship rocket exploded on Tuesday, arousing fury from naturalists that the materials would damage the habitat of several rare species.

After the SpaceX test of the SN11 rocket failed on Tuesday and the rocket apparently exploded in the skies over the Boca Chica launch facility, all of that debris had to go somewhere. As photos captured by Reuters show, hunks of metal scattered across the nearby wetlands of the  Lower Rio Grande Valley Nature Wildlife Refuge.

One Twitter user posted a photo of a piece of the rocket they said they discovered at Isla Blanca Park, about five miles north of the launch pad. Speculating it was “tank insulation,” they noted “it came from the sky, is warm, and smells like fuel of some sort.”

According to Wired, the Raptor engine used to power the Starship rockets is fueled by cryogenic liquid methane and liquid oxygen, as opposed to the kerosene more typical of space rockets.

Found this... tank insulation? #SN11
It came from the sky, is warm, and smells like fuel of some sort. pic.twitter.com/8fa2JNrL8r

​However, the carnage has environmentalists shook, with many taking to social media to express their outrage as well as to draw attention to several rare species that live in and around the marshes downrange of the launch facility.

Friends of the Wildlife Corridor, a conservationist organization that champions south Texas wildlife refuges from nearby Alamo, wrote on its Facebook page on March 31 that the result of SpaceX’s “fail-fast, fix-fast approach” is “a series of explosions that rain down debris on the habitat.”

Indeed, SpaceX founder Elon Musk told Rolling Stone in 2017 that at SpaceX, the rule is “Safety third. There’s not even a rule number two. But even though there’s nothing in second place, safety is not getting promoted to number two.”

One amateur naturalist, a Cornell undergrad named Steven Wang, called attention to “an undescribed Temnothorax species that calls Boca Chica home” and the Boca Chica flea beetle, an extremely rare insect only known to live “immediately west of the beach-side dunes, east of Brownsville,” according to the Iowa State University Department of Entomology.

Here's a species new to science, an undescribed Temnothorax species that calls Boca Chica home. It looks like nothing else we know on the continent. Big thanks to @mmprebus for identifying this for me. pic.twitter.com/RON5VrTG7V

​“The area around SpaceX's launchpad is some of the last of its kind in the world, much of it previously lost to agriculture,” Wang wrote. “Center of the continent & gateway to the tropics, it is one of the biologically richest areas in the US with a crazy mixmash of species found nowhere else.”

However, SpaceX’s rockets are just casting debris about down here on Earth: the second stage of a Falcon 9 rocket was spotted burning up in the Earth’s atmosphere over the US Pacific Northwest last week, after it failed a reentry maneuver weeks earlier that was intended to send it plunging down over the unpopulated South Pacific.

Musk has been trying to perfect the Starship’s vectored rocket engine, which will allow it to land in a vertical position, since tests began in 2019. However, all four Starship rockets that have attempted the maneuver so far have failed, exploding in spectacular fireballs. The rockets are one day intended to ferry astronauts into space for orbital and beyond-orbital missions.