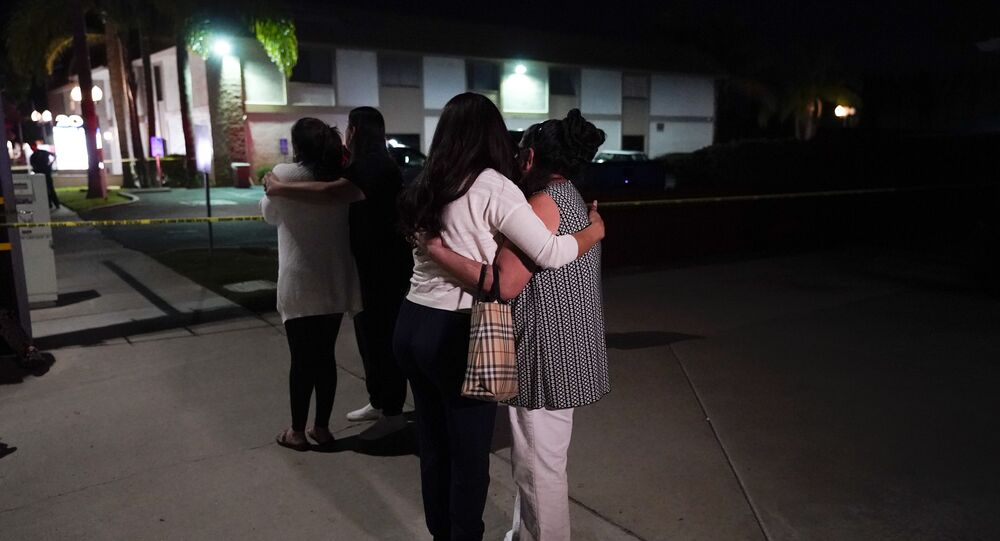 Authorities in Orange, California, took a 44-year-old suspect into custody Wednesday night after four people were shot dead in an office building. Since-deleted live footage from the scene showed the suspect - who sustained a gunshot wound - being carried out of the building before he was eventually taken to the hospital in critical condition.

The Orange Police Department confirmed during a Thursday morning news conference that a 9-year-old boy was one of the four individuals killed in the Wednesday evening shooting.

Orange County District Attorney Todd Spitzer revealed that "[i]t appears that a little boy died in his mother's arms as she was trying to save him during this horrific massacre."

Additionally, a woman was left critically injured. No further details were provided about the victims because not all of their families have been notified.

The 44-year-old suspect was identified as Aminadab Gaxiola Gonzalez, a resident of the California city of Fullerton.

Responding cops were unable to immediately engage the suspect, as the door to the building's courtyard "had been locked from the inside" with "a bicycle-type cable lock."

Soon after, an "officer-involved shooting" occurred, allowing them to enter the courtyard, where they found the suspect with a gunshot wound. The 9-year-old boy's body was also found in the courtyard.

Amat noted authorities have already determined the attack was an isolated incident, and not a "random act of violence."

"The preliminary motive is believed to be related to a business and personal relationship which existed between the suspect and all of the victims," she said.

Though the Federal Bureau of Investigation's Los Angeles office responded to the incident, the Orange Police Department presently remains in charge of the related investigation.

© REUTERS / Alex Gallardo
City of Orange police officers stand in front of a building after a shooting in Orange, California, U.S. March 31, 2021

Last month, a 21-year-old suspect with a self-proclaimed "sexual addiction" was apprehended in connection with the shooting deaths of eight individuals at three different spas in Atlanta, Georgia. Six of those killed were Asian women.

Another mass shooting occurred in Boulder, Colorado, on Monday, with a different 21-year-old suspect allegedly killing 10 people, including a police officer, at a King Soopers grocery store.

The string of shootings has intensified the national debate over US gun laws, with US President Joe Biden and Democrats calling for the expansion of background checks. The US president has also floated using executive power to enact new gun reforms.

At the same, many Republicans have argued their fellow lawmakers should focus less on firearms, and more on other factors associated with mass shootings.