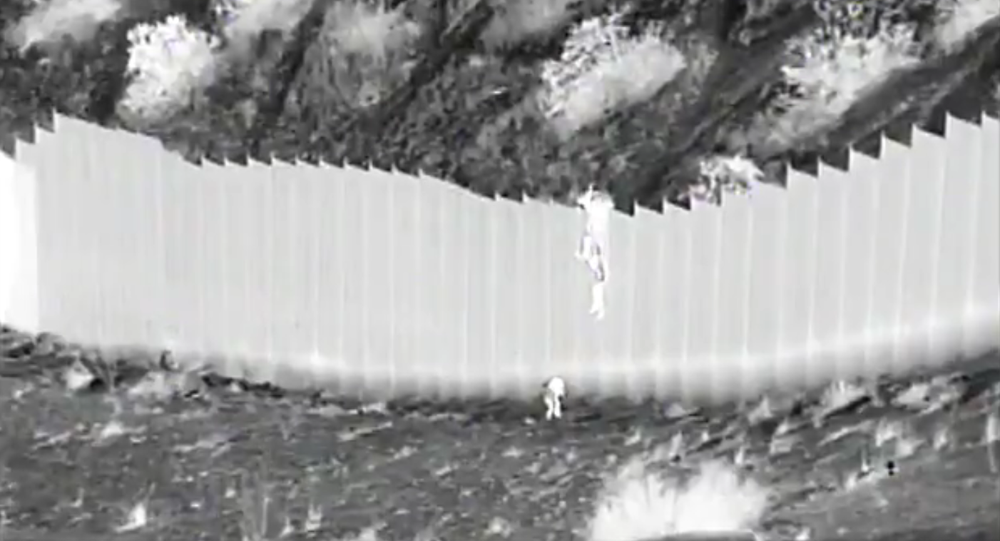 Earlier this week, a senior US law enforcement official told Reuters that many US authorities based around the US-Mexico border have paused anti-cartel investigations and operations due to a new reporting law that "jeopardizes [US] sources and methods." The new policy allegedly makes it so "Mexican law enforcement can’t help" their US counterparts.

Two Ecuadorian sisters, aged 3 and 5 years old, were placed in US Border Patrol custody earlier this week after they were dropped from a 14-foot US-Mexico border wall near Mt. Cristo Rey, New Mexico.

"On Tuesday evening, a Santa Teresa agent utilizing camera technology observed a smuggler dropping two young children from the top of the approximately 14-foot-high border barrier," a Wednesday release from the US Customs and Border Protection (CBP) detailed.

"Immediately after both children landed on the ground, two smugglers immediately fled the area and abandoned the helpless little girls on the north side of the international boundary line."

Said video was also released by US authorities.

This is from @CBP. It happened in New Mexico. Two toddlers (ages 3&5) dropped over the 14-foot tall border wall. The cartel smugglers then leave the girls alone in the desert and run away! pic.twitter.com/07nCIA1eRd

Responding Border Patrol agents reportedly administered aid to the girls, who were both "alert." They were later "transported to a local hospital for precautionary reasons and further evaluation."

The CBP claims the girls have since been cleared and will remain in "temporary holding" until they receive "placement" by the US Department of Health and Human Services.

“I’m appalled by the way these smugglers viciously dropped innocent children from a 14-foot border barrier last night. If not for the vigilance of our Agents using mobile technology, these two tender-aged siblings would have been exposed to the harsh elements of desert environment for hours,” El Paso Sector Chief Patrol Agent Gloria I. Chavez said in a quoted statement.

Chavez noted US border authorities are working with their Mexican counterparts to attempt to identify the "ruthless human smugglers" and "hold" them accountable to the fullest extent of the law."

As the US grapples with an ongoing surge of migrants from Central America, a senior US Border Patrol official told BorderReport last week that the issue has become compounded by cartels and "transnational criminal organizations" that are now charging "every single person that comes across the border."

A Tuesday report from Reuters cited US and Mexican officials who claimed the cartel is benefitting the most from a new law that has impeded on-the-ground operations - like drug lab raids.

"Most of our most important cases are at a standstill," an unnamed US law enforcement official told the outlet. "If we have to report our sources to their foreign ministry, it jeopardizes our sources and methods. The system is set up intentionally now so that Mexican law enforcement can’t help us."

It is worth noting the said security law was passed by Mexico's Congress in late 2020, about a year after former Mexican Defense Minister Salvador Cienfuegos Zepada's December 2019 arrest in Los Angeles, California, on drug trafficking charges that were later dropped.