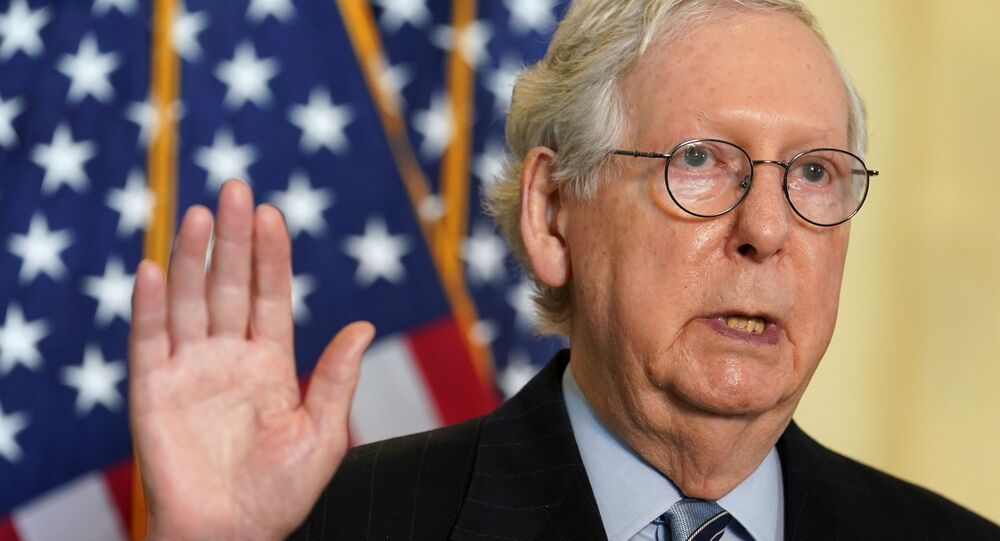 The first reports that the Democrat president was planning to raise taxes in the US, specifically those affecting big corporations, emerged in the middle of March. The rise was supposed to help pay for a massive $2 trillion infrastructure plan drafted by Biden.

US Senate minority leader, Mitch McConnell, has stated that he is unlikely to back the $2 trillion infrastructure plan proposed by the White House for several reasons: the GOP leader in the upper chamber indicated the potential effect of the plan on the national debt and the "massive tax increases" embedded in it as the main reasons to refuse support to Joe Biden's plan.

McConnell said he could not support the package of measures that might significantly increase the national debt. The Republican also warned back on 16 March that he would not back any tax increases devised to pay for Biden's costly infrastructure plan.

The details of the Democrat president's plan to "build back better" by upgrading the country's infrastructure remain scarce, but a number of reports suggest it would cost around $2 trillion (with some estimates suggesting it could rise as high as $3 trillion) and will include tax rises to pay for at least some of the projects

The plan reportedly suggests boosting corporation tax to 28 percent from 21 percent while setting the tax on corporations' foreign income at 21 percent. However, a recent Politico report claimed that Biden scrapped plans to impose an annual wealth tax, which would have varied between 2 percent and 3 percent for people earning more than $50 million, as part of the Build Back Better Initiative.

Biden is expected to unveil the details of his ambitious economic plan later on 31 March. The Republicans have already warned the White House that they are planning to oppose the bill if it includes a rise in taxation – something former President Donald Trump cautioned against when speaking about his opponent in the 2020 election.

The Democrats at present have a slim majority in the Senate: although it is split 50-50 the Democrats have the tie-breaking vote of Vice-President Kamala Harris. Though a tie-breaker is enough to pass a bill, the Republicans can still filibuster its passage unless the Democrats win the support of at least 10 GOP members or use a nuclear option. The latter would allow them to carry on directly to voting for the bill without a 60 votes' majority.