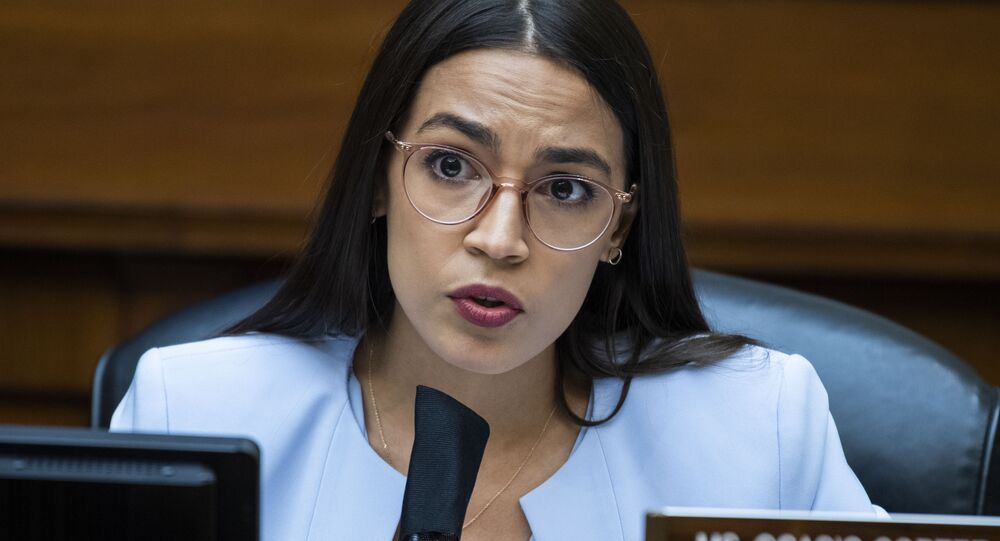 The development comes as the company's employees in Bessemer, Alabama are attempting to form a union to be able to push for better working conditions at Amazon. Over the years, the company has been accused of mistreatment of workers, who were reportedly subjected to tough conditions in order to meet quotas.

US Congresswoman Alexandria Ocasio-Cortez has slammed Amazon for putting performance pressure on employees as the e-commerce giant has recently faced enormous criticism following a report that revealed delivery drivers had to urinate in bottles and defecate in bags while on the job as they feared missing quotas and deadlines.

The official posted a statement on Twitter, saying her loved one used to work for Amazon, but had to quit due to tough working conditions.

A loved one of mine worked Amazon delivery last year & left because that’s how dangerous it felt to them working for a company that also puts so much performance pressure on their workers that defecating in bags is a common enough occurrence that there are internal memos about it https://t.co/SPE21kIFDY

​The congresswoman also revealed that the company's employees in the Queens district Ocasio-Cortez represents were left "terrified" and sobbed when they met her last year to discuss Amazon's alleged failure to protect its workers during the coronavirus pandemic.

Amazon workers in my district organized to meet with me in private last year. They were terrified & sobbing at being left in the dark about COVID exposures on the job + finding out about worksite infections through the grapevine.

Criticism From Other Officials

The representative for New York's 14th congressional district is not the only official to draw attention to the plight of Amazon workers in recent days. Such high-profile Democrats as Elizabeth Warren and Bernie Sanders condemned the e-commerce giant's treatment of workers. Sanders, who ran for president in 2016 and 2020, said on Twitter that Amazon's employees in Alabama are treated "like robots".

I spoke for a few minutes yesterday with Amazon workers in Alabama. They told me about the heat, the absurd breaks, and the fact that if you are one minute late you lose a whole hour of pay. That is why they are standing with courage and taking on the richest man in the world. pic.twitter.com/4i4MJiy111

​US Representative for Michigan's 13th congressional district Rashida Tlaib claimed Amazon called the police on her and Rep. Debbie Dingell after the two women decided to visit a company warehouse in order to inspect working conditions.

Don't fall for it. @amazon invited @RepDebDingell and I, but then called the police on us after we waited patiently for over an hour to tour the facility after workers complained about conditions. https://t.co/ftTfrSVDri pic.twitter.com/B6bHA3gxFZ

The development comes days after the Intercept revealed that Amazon knew its workers had to urinate in bottles and defecate in bags during work as they feared they would miss deliveries. This caused a strong backlash because the company had earlier denied the allegations.

​The news is yet another item in a long list of accusations levelled at the company. Last year, Amazon was harshly criticised for failing to provide personal protective equipment to its employees at the height of the pandemic. Amazon once again responded by denying the claims that workers were forced to skip bathroom breaks in order not to miss quotas.

1/2 You don’t really believe the peeing in bottles thing, do you? If that were true, nobody would work for us. The truth is that we have over a million incredible employees around the world who are proud of what they do, and have great wages and health care from day one.

1/3 You make the tax laws @SenWarren; we just follow them. If you don’t like the laws you’ve created, by all means, change them. Here are the facts: Amazon has paid billions of dollars in corporate taxes over the past few years alone.

​In addition, it was reported that the company was using bots on social media, who praised Amazon's working conditions and voiced scepticism about employees' attempts in Alabama to create a union in order to push for better wages and working conditions.

This is so great. Remember those extremely real Amazon workers who were tweeting nice things about working there? Well Leo is now Ciera, Michelle is now Sarah, Rick is now James, etc. pic.twitter.com/q5LgITjMQ4

​The accounts of fake workers resembled the accounts of Amazon Ambassadors – the company's real employees, who promote Amazon on social media. Twitter later acknowledged it had suspended at least four accounts that spread misinformation. Amazon said it had nothing to do with fake accounts.