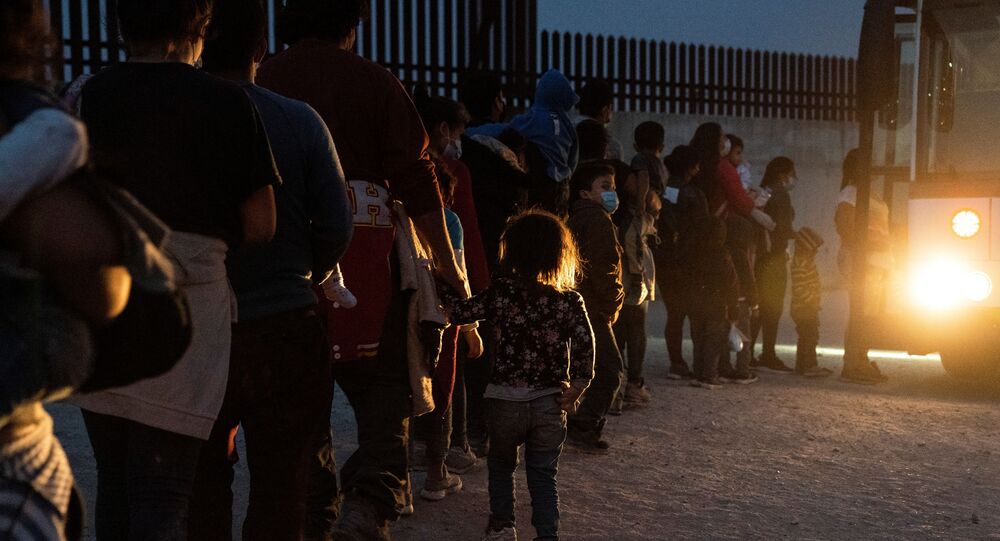 Last week, Joe Biden touted Vice President Kamala Harris as "the most qualified person" to lead his administration's efforts to tackle a record increase in migrants, including unaccompanied minors, on America's southern border.

Texas Governor Greg Abbott has sent a letter to Vice President Kamala Harris, noting that he wants her answers about the crisis along the US-Mexico border.

Harris was recently picked by President Joe Biden as the point person to lead the US administration's efforts to tackle a surge in migrants near the border.

"Now that President Biden has named you Border Czar in charge of the administration's response, I want to express to you the threats and challenges caused by this administration's open border policies", the Texas governor wrote.

He argued that such policies "embolden and enrich cartels, smugglers, and human traffickers who continue to ramp up their criminal operations". According to Abbott, these criminals often "lure unaccompanied minors into inhumane conditions and expose them to abuse and terror".

He urged Harris to visit the nation's southern border "to see the crisis for yourself and implore the Biden administration to take swift action to secure the border, crack down on human trafficking, and prevent more children from being trafficked and abused".

Abbott insisted that "Americans deserve to know" what the Biden administration is doing to get answers to the questions related to unaccompanied migrant children, including those concerning their security.

The letter comes after reports the US Customs and Border Protection (CBP) detained over 11,000 unaccompanied migrant children between 28 February and 20 March, much more than the number of minors apprehended in the full month of February.

CBP data showed that at least 9,457 unaccompanied migrant kids were detained on the southern border in February, a substantial increase from the 5,858 minors apprehended in January.

© REUTERS / Mike Blake
US Government Reportedly Gives Nonprofit $86 Mln to Book Hotel Rooms for Migrant Families
White House press secretary Jen Psaki has consistently denied that the situation near America's southern border is "a crisis", admitting, however, that the border facilities "are not made for children".

Biden, who was quick to scrap former US President Donald Trump's strict migrant policies, earlier stated that in the middle of the COVID-19 pandemic, "now is not the time" for migrants to rush into the US.

This, however, failed to stop caravans of migrants from Central America in search of a better life from arriving at the US border shortly after Biden assumed office on 20 January.