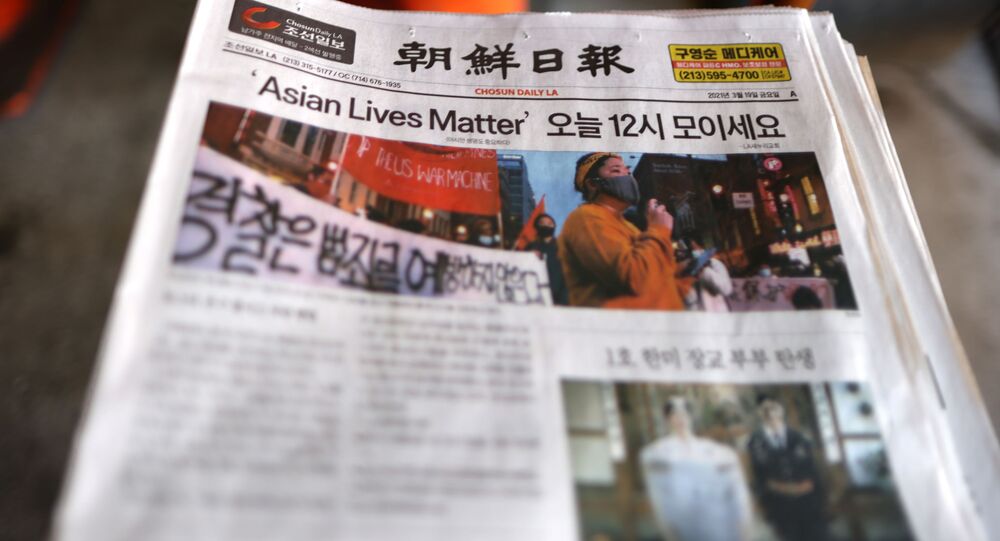 The Biden administration has spoken out against anti-Asian and Pacific Islander harassment and hatred in the wake of the deadly 16 March spa shootings in Atlanta which killed eight people, including six women of Asian descent, and announced measures to tackle the problem. Police suggest the shooter was motivated by a sexual addiction, not racism.

The Biden administration has announced a series of additional measures aimed at tackling anti-Asian violence and hate crimes, including $49.5 million in funds from the recently passed Covid relief package to fund programmes to help victims of domestic violence and sexual assault.

"Today, President Biden is announcing new actions to respond to the increase in acts of anti-Asian violence, and to advance safety, inclusion, and belonging for all Asian American, Native Hawaiian, and Pacific Islander communities. These actions build on the President’s Memorandum Condemning and Combating Racism, Xenophobia, and Intolerance Against Asian Americans and Pacific Islanders in the United States, issued his first week in office," the White House said in a press statement Tuesday.

The package of measures includes tasking federal agencies with combating "anti-Asian bias and violence," particularly "anti-Asian violence at the intersection of gender-based violence," and plans for meetings with Asian-American, Native Hawaiian and Pacific Islander leaders and organizations to discuss the relevant issues.

Other measures include the creation of committees and subcommittees to existing task forces and agency panels, including a cross-agency initiative within the Department of Justice to engage in community outreach, assist in the training of law enforcement, and remove language-based access barriers to the reporting of hate crimes by creating Chinese, Korean, Tagalog and Vietnamese-language versions of the DOJ's hate crimes website.

Rallies and vigils have been held in major cities across the US in the wake of the 16 March Atlanta attacks, which the Biden administration and some media have deemed a hate crime. However, police have said that the suspect in the shooting appears to have been motivated by a sexual addiction and frustration stemming from his religious beliefs, not anti-Asian hate.

Activists have used the Atlanta killings to point public attention to rising anti-Asian sentiments in the United States, which observers say grew during the coronavirus pandemic.