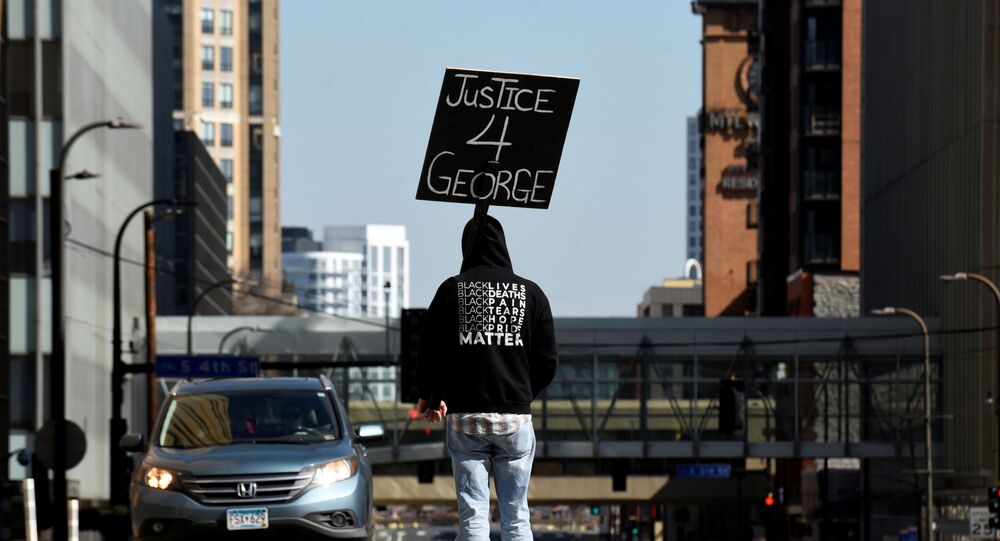 WASHINGTON (Sputnik) - Minneapolis 911 dispatcher Jena Scurry, the first witness to testify in the trial of former police officer Derek Chauvin, told a US court on Monday she got so alarmed by the livefeed of George Floyd’s arrest she called a sergeant to share her concerns.

Scurry said on May 25, 2020 she decided to report to the police on the police for the first time in her career when she saw officers sitting on the suspect who appeared to be motionless.

"I first asked if the screens had frozen because it hadn't changed... I became concerned that something might be wrong," Scurry said. "I was concerned because of the length of the time the incident did not change."

She described it as "a gut instinct of... something is not going right."

Scurry admitted that she could not hear officers' interactions and was not familiar with police rules for the use of force.

The record of her call was played at the court.

"I don’t know if they have used force or not. They got something out of the squad [car] and all of them sat on this man," Scurry was heard saying.

Chauvin, the officer who put his knee on Floyd’s neck during the arrest of the Minneapolis Black man, is charged with second-and third-degree murder and second-degree manslaughter. He faces up to 40 years in prison if found guilty.

Chauvin’s defense asked the jury to fully acquit him as it seeks to prove that his actions did not exceed permissible limits and did not result in Floyd’s death.