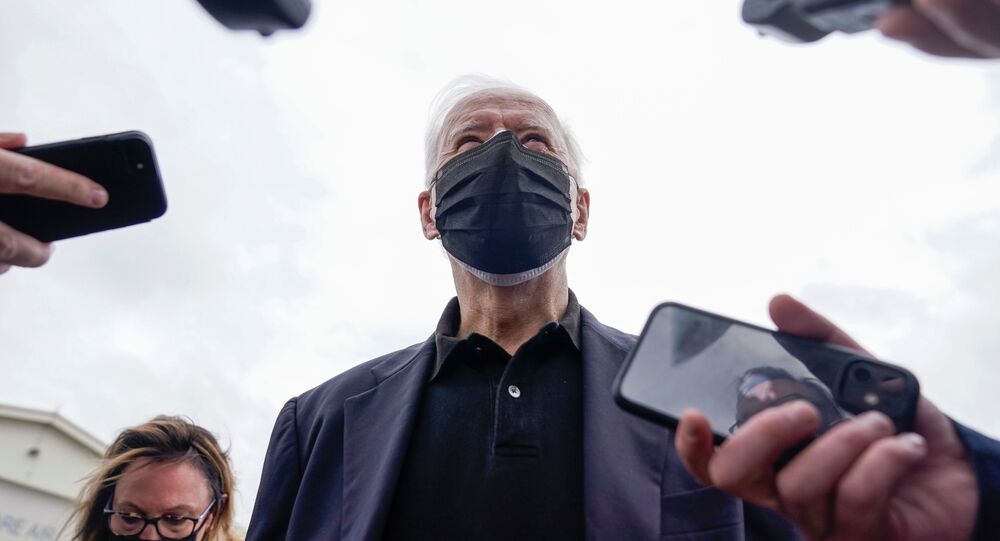 President Biden's fondness for ice cream has been well known since his tenure as vice president, as he himself was quite frank in his confessions about his fascination with the frozen dessert.

US President Biden's reportedly more benevolent relations with the press surfaced again on Sunday when reporters approached him on a tarmac in Delaware to ask about what he personally was giving up for Lent, which led to another discussion about his passion for ice cream and sweets.

"I gave up all sweets for Lent, you have no idea how hard it is for me," the president said in response to a reporter's question about what he gave up for Lent, as the White House journalists chuckled.

In a follow-up question, the reporter wondered, "What's the first sweet you're looking forward to having?"

“Gave up all sweets for Lent,” Biden told us before boarding AF1 in Delaware. “You have no idea how hard it is for me.” Misses Ice cream, he says. pic.twitter.com/FomrpiHKyd

Some social media users criticized the White House press for being insufficiently hard on the president compared to his predecessor and thus falling short of journalism standards.

Everything is screwed up, but hey, at least Grandpa Joe can pretend to the be the Daddy Figure that Americans don't need the president to actually be.

As long as he doesn't get two scoops!

However, other users defended Biden for being much more "normal".

So dingdang normal. Normal. We have a normal President.

According to Fox News' report, the press encounter was similar to the moment in mid-October when Biden was asked what flavor ice cream he ordered at the height of the scandal surrounding his family's overseas business dealings, specifically his son Hunter's, given the ongoing migrant crisis at the southern US border.

Screenshot/Caleb Hull
From ‘President Harris’ to Tripping Up the Stairs, How Press is Blind to Joe Biden ‘Senior Episodes’
However, other reporters at the same presser asked Biden much more serious questions, as he promptly moved on to concerns about former President Trump potentially visiting the southern border, coronavirus, gun control, Myanmar sanctions, and when he will appoint a national cybersecurity director.

Given that Biden is a prominent ice cream lover, press secretary Jen Psaki unveiled the president's favorite flavor in January.