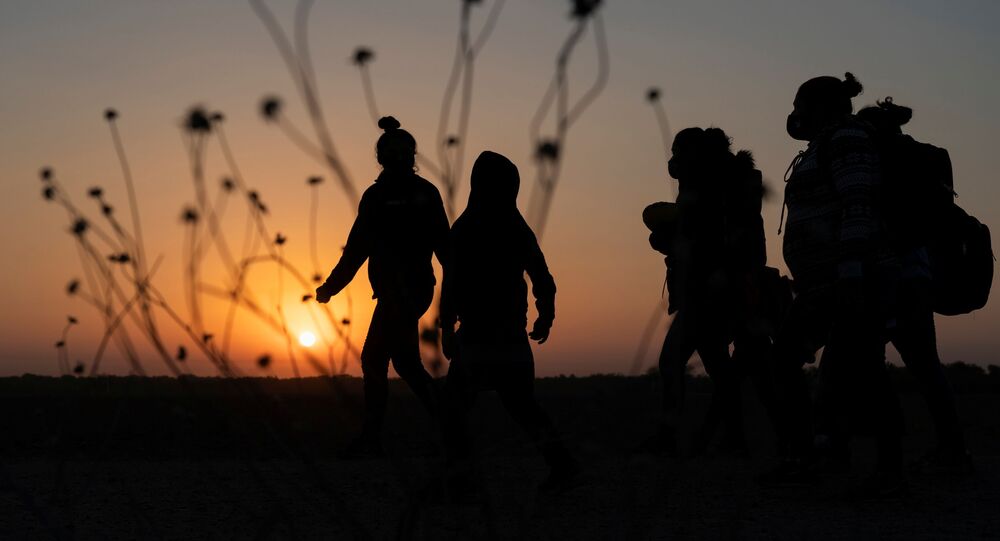 American border agencies are facing a flood of migrant children, with unaccompanied minors being held in temporary custody, where they are supposed to spend 72 hours before being passed to the Department of Health and Human Services.

Various government agencies were informed by the Office of Personnel Management (OPM) that border facilities need "volunteer deployments" for 120 days to help handle the influx of migrant children, the Fox News reported on Sunday.

"We are actively working to screen, process and deploy these volunteers while continuing our recruitment efforts and exploration of other avenues to bolster staff resources at the border," an OPM spokesperson told the broadcaster.

According to OPM Acting Director Kathleen McGettigan, the agency cooperates with the Department of Health and Human Services (HHS) to assist overwhelmed facilities currently caring for unaccompanied minors that cross the US border.

She said that the Office of Refugee Resettlement (ORR), an HHS unit, suffers from a lack of civilian personnel. The facilities are located in Dallas, San Diego and San Antonio along with Fort Bliss, and additional centers can be opened if needed.

"ORR provides a continuum of care for children, including placements in ORR foster care, shelter, and residential care providers that provide temporary housing and other services to unaccompanied children in ORR custody," McGettigan noted.

According to the US immigration staffer, ORR ensures that minors are released timely and safely from temporary facilities to their parents, other family members, or guardians “who can care for the child's physical and mental well-being.”

Against the background of Biden’s favorable migration approach, within which the incumbent president cancelled a series of ex-POTUS Donald Trump's moves aimed at curbing illegal migration, the US southern border is experiencing a significant amount of migrants from Central America, including unaccompanied minors.

To date, about 5,000 migrant children are temporarily housed at Border Patrol facilities, which are running at capacity. According to some reports, minors are held in what is described as uncomfortable conditions before being released to other care for 136 hours, instead of the prescribed 72.

Nearly 16,000 children are located in facilities under Department of Health and Human Services supervision, awaiting their transfer to families or sponsors.