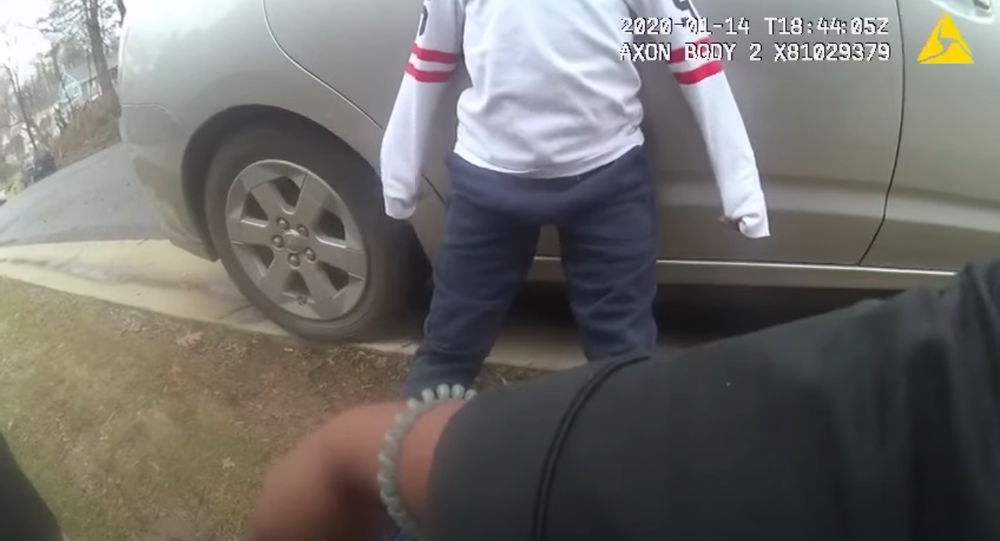 Montgomery County Department of Police (MCDP) released footage from police body cameras showing cops castigating a 5-year-old boy who ran away from school, calling him "a little beast" and telling his mother she should "beat" him.

In a video spanning over 50 minutes, one officer can be heard saying "Oh, my God, I'd beat him so bad", "Shut that noise up now!" and "I hope your momma let me beat you".

They put the child's wrists into handcuffs, asking: "You know what these are for? These people that don't want to listen and don't know how to act."

​The mother of the child, Shanta Grant, filed a lawsuit against the police department and the public school, seeking monetary damage for the alleged psychological trauma endured by her kid.

In the lawsuit, the officers involved in the incident are identified as Kevin Christmon and Dionne Holliday, Fox 5 DC reported. The MCDP said it has launched and concluded an internal investigation into the matter, but the findings remain "confidential under Maryland law". Both officers remain employed at the department.