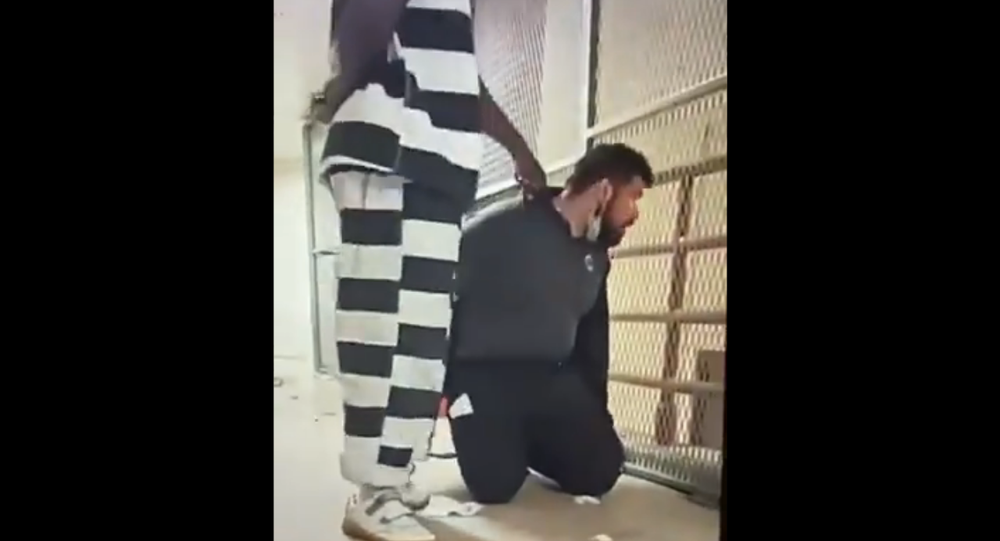 The inmate at the Oklahoma detention centre who took a corrections officer hostage was shot and killed by officers. His motives are not known, and Oklahoma City police are working to put up an official release on the death.

Police in Oklahoma City, Oklahoma, confirmed on Saturday that a jail guard at the Oklahoma County Detention Centre was taken hostage by an inmate.

According to the department, the guard was rescued and the inmate was shot and killed by police.

The extent of the guard's injuries is unknown. The identity of the male inmate and details about his motives have not been disclosed.

The incident occurred on the 10th floor of the Oklahoma County jail, and several videos of the incident emerged online, reportedly filmed by one of the perpetrators who held the guard hostage.

​In one of the videos, an inmate can be heard saying "we can't take showers", while in another video the person holding the camera says that the guard who is being held hostage "ain’t got nothing to do with this."

"He just so happens to be a product of the situation", the man is heard saying.

Warning:  The following videos may contain content disturbing to some audiences.

“Ain’t got nothing to do with this CO. He just so happens to be a product of the situation.” pic.twitter.com/siNggrATfY

​One more video offers what appears to be closer look at the hostage, who is seen kneeling with his arms around his back, with the inmate approaching him and putting an unrecognizable object up to his neck.

​According to a report by KFOR, the name of the hostage jail guard is Daniel Misquez. The report noted that and the inmate had stolen his phone.