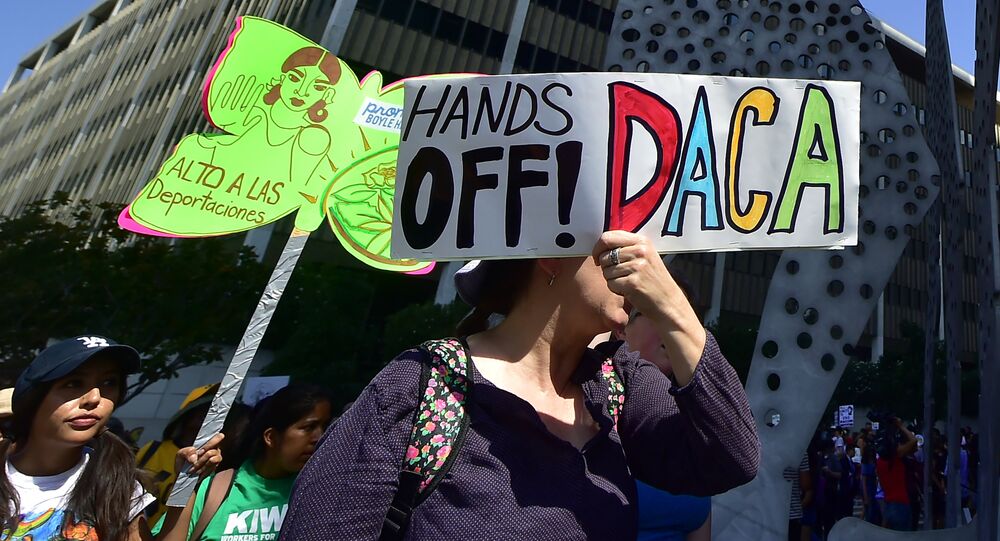 WASHINGTON (Sputnik) - The US Department of Homeland Security (DHS) is going to issue a notice of proposed rulemaking to strengthen the Deferred Action for Childhood Arrivals (DACA) program, which shields some young undocumented immigrants, also referred to as Dreamers, from deportation, Secretary Alejandro Mayorkas announced.

"We are taking action to preserve and fortify DACA. This is in keeping with the President’s memorandum. It is an important step, but only the passage of legislation can give full protection and a path to citizenship to the Dreamers who know the U.S. as their home," Mayorkas said on Friday.

DACA was launched by the Obama administration in 2012. It permits children of illegal immigrants, who were brought in the US under the age of 16, to remain in the country, provided they had arrived by 2007, as well as to obtain working permits. The program does not currently provide permanent lawful status to its recipients but has protected some 700,000 young people from deportation.

The Donald Trump administration sought to limit the program, with a view to ending it altogether. After taking office in January, President Joe Biden pledged to preserve the program.