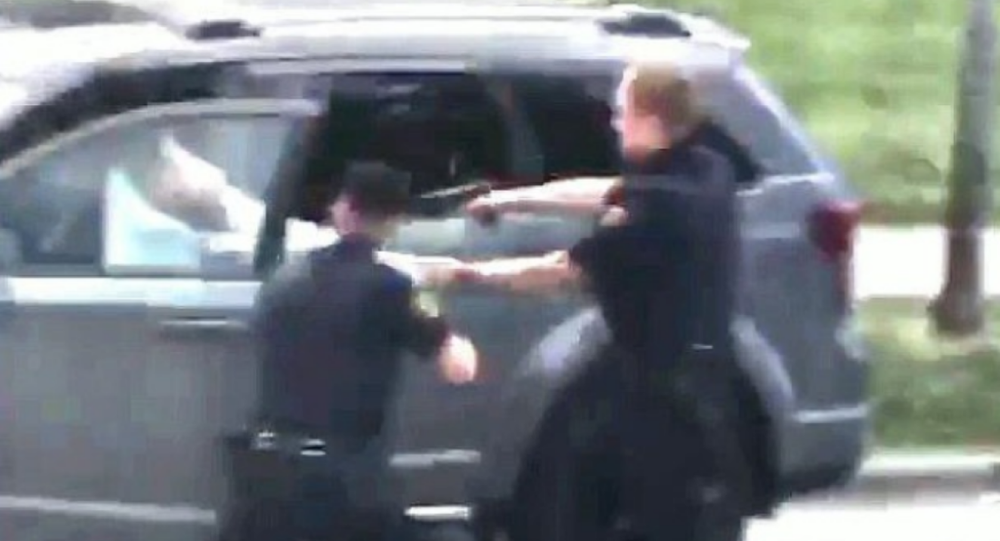 The militant protests that rocked Kenosha, Wisconsin, last year followed yet another incident of police officers using potentially deadly force against an unarmed black man. While 29-year-old Jacob Blake survived the encounter albeit paraylzed from his wounds, so far the officers involved have faced no consequences.

Blake, whose shooting by police in Kenosha, Wisconsin last year set off major protests against police brutality, has brought a lawsuit against the officer who pulled the trigger and left him paralyzed after the district attorney declined to bring charges against him.

The lawsuit, filed Friday in the US District Court for the Eastern District of Wisconsin, alleges that Kenosha Police Officer Rusten Sheskey utilized “excessive force” that was “undertaken with malice, willfulness, and reckless indifference” when responding to a police call on August 23, 2020. Blake was shot six times by Sheskey during the incident, with the officer’s hollow-tipped 9-millimeter bullets ripping through his arms, chest, and spinal column.

​“As a direct and proximate result of the Defendant’s misconduct as fully detailed herein, plaintiff suffered grave physical and psychological injuries that included physical harm from six gunshot wounds, permanent paralysis, disfigurement and disability, as well as great mental anguish, humiliation, degradation, loss of reputation and anxiety,” the lawsuit notes.

The suit outlines the interaction in step-by-step detail, which occurred while Blake was putting one of his sons into the backseat of his SUV. Police were called for “family trouble” for an incident that didn’t involve him, but upon arrival immediately attacked Blake, who in trying to get back into his car was grabbed by Sheskey, who then fired his pistol seven times into Blake’s back while pulling on Blake’s shirt.

The suit notes that four women and a toddler were in the immediate vicinity when the shots were fired, and that one bullet ricocheted off Blake’s car and hit the road surface. The entire incident was captured on a cell phone camera.

In January, Wisconsin District Attorney Michael Graveley declined to press charges against Sheskey for the shooting, claiming that because Blake had a knife, the officer could rightfully claim self-defense. However, as the Friday filing notes, the knife in question was a folding pocket knife that fell out of Blake’s pocket during the scramble with the officers and which he never brandished at them, but did pick up and put back in his pocket.

Visual item in Blake v. Sheskey complaint
A still from cell phone footage included in the federal complaint against Kenosha Police Officer Rusten Sheskey by Jacob Blake, a 29-year-old Black man who Sheskey shot six times in the back during an August 23, 2020 encounter. In the image, Sheskey is holding onto the back of Blake's shirt as he fires into Blake's back.

As a consequence of the DA’s decision, Blake’s federal suit instead seeks a “fair and just amount sufficient to compensate plaintiff for the injuries he has suffered, plus a substantial sum in punitive damages, as well as costs, attorney’s fees, and such other relief as is just and equitable.”

News of the shooting, which came after months of mass nationwide protests against police brutality and anti-black racism swept the United States, touched off new protests in Kenosha as well. More than 1,000 National Guard soldiers and federal police were dispatched to put down the protests after Kyle Rittenhouse, a 17-year-old boy from Illinois, shot three people in the Kenosha protests, two of whom died of their wounds.

Blake, who was hospitalized from his encounter with Sheskey but survived, was shackled to his hospital bed for six days. He was discharged in early October to begin rehab.