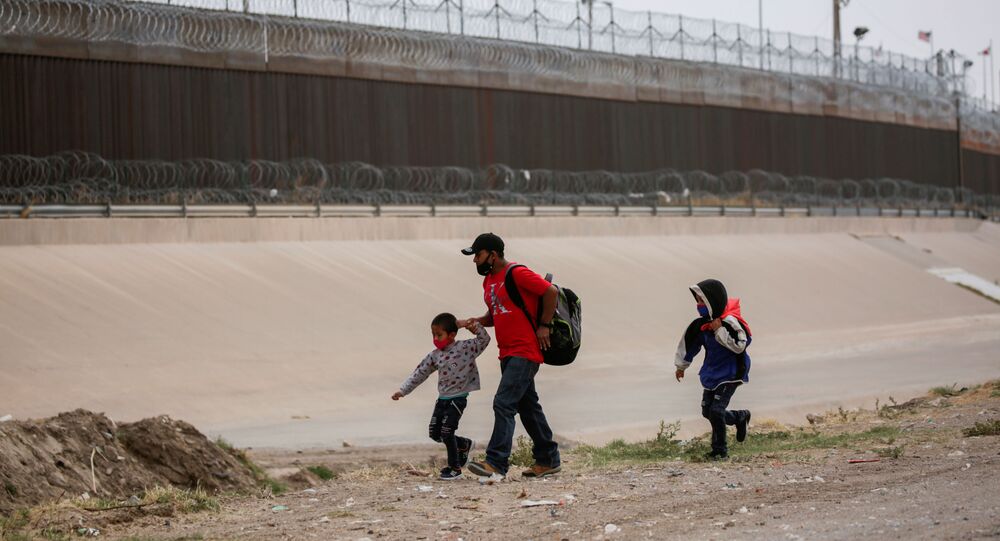 Earlier on Thursday, speaking at his first press conference as president, Joe Biden said that the United States is "sending back the vast majority of the families" that are arriving at the American border in search for a better life.

A CNN reporter, while fact-checking Biden's Thursday presser, asserted that US President Joe Biden's claim that the "vast majority" of migrants attempting to come to the US are being turned away was not true.

"That was not true in February, which is…the last month for which we have a full month's data", CNN correspondent Daniel Dale said, speaking to anchor Jake Tapper.

Dale noted that it was true that the Biden administration has sent back the vast majority of single adults, but the February data does not support the same claim about families, since only 41% of migrants who came to the US border as part of a family were turned away.

Dale outlined that "it's possible things have changed", as there is currently no full data on March numbers.

President Biden claimed today that the US "is sending back the vast majority of the families that are coming" and that they are "not getting across the border."

"That was not true in February, which is…the last month for which we have a full month's data," says CNN's @ddale8. pic.twitter.com/LZpuQsYRHx

​Earlier on Thursday, Biden delivered his first press conference as president, particularly touching upon the migrant issue. While the number of migrants coming to the US borders in search of a better life has significantly increased after Biden assumed office, many have argued that the situation was a "crisis", pointing at conditions in which migrants live in temporary border facilities.

During his presser, however, Biden said that the "vast majority" of families are not allowed to enter the United States.

"That's what happening, they're not getting across the border," Biden said.

As soon as he was sworn in office, the Democratic president moved to abolish his predecessor's strict border policies and halted the building of a Texas border wall. According to many, Biden's moves resulted in potential immigrants believing that US border policies had been relaxed.

"I guess I should be flattered that people are coming. Because I'm the nice guy, that's the reason why it's happening", Biden said when asked about the migrant surge. "They know that I'm a decent man or however it's phrased. That's why they're coming because Biden's a good guy. Truth of the matter is, nothing has changed."

Biden acknowledged that conditions in the temporary border facilities are "totally unacceptable" and pledged that they are "gonna get a whole hell of a lot better real quick, or we're gonna hear of some people leaving."