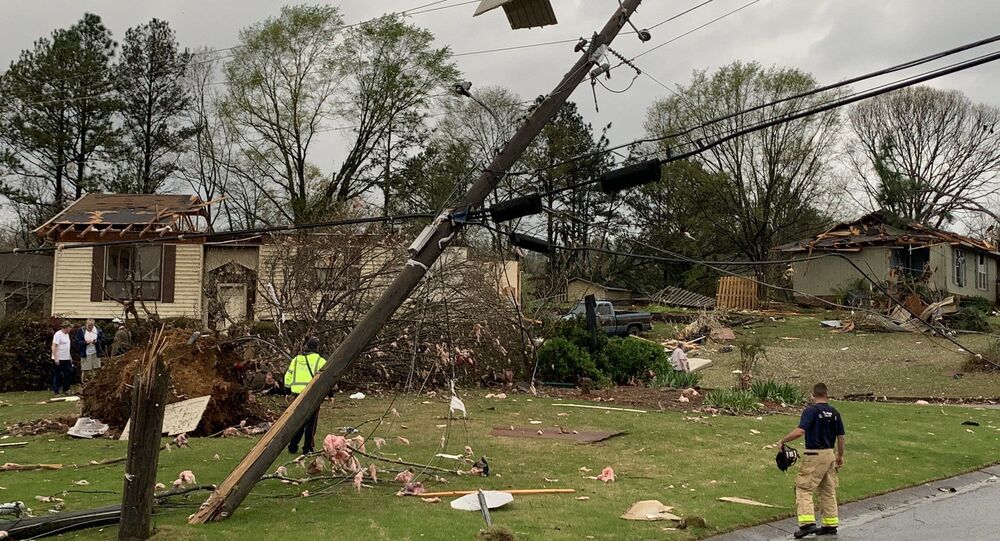 The tornado is sweeping across Alabama, Mississippi and Tennessee on Thursday. Houses were destroyed and other serious damage caused in the city of Birmingham, with Nashville, Memphis and Huntsville under threat.

A tornado caused heavy property damage in Alabama, with other southern US states at risk from the swarm.

Alerts are in place in Mississippi and Tennessee, with Huntsville, Memphis, Nashville and other cities under threat.

​Twitter users posted a video of twisters near Birmingham.

​Photos show damage from the storm across Alabama.