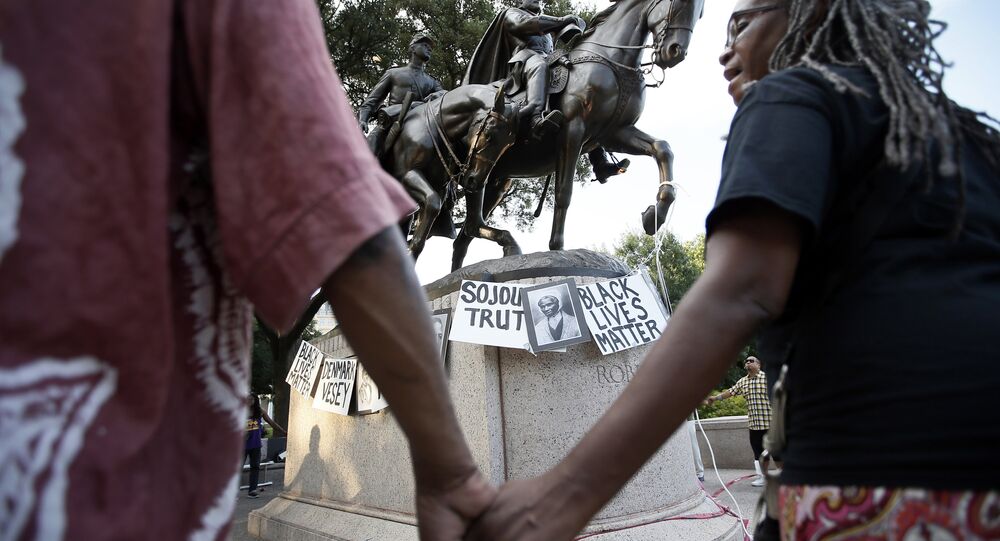 Nikuyah Walker became the city’s first black female mayor after she was elected to the Charlottesville Council in 2017. Her campaign gained attention after the demonstration of right-wing activists in the city, which left one person dead and dozens injured.

Mayor of Charlottesville Nikuyah Walker has bewildered social media users after posting what she described as a "short poem" about the city in which she used such words as "rape" and "c** stained sheet". Her account was suspended after a user sent a complaint, but has since been reinstated. The official again posted the poem, but censored the words which users found offensive.

…and then made more changes.

Many users were left angry by the mayor's post.

"Someone call the mental hospital," wrote one Facebook user.

"Well if you really think that Charlottesville is a bad town then why don’t you run for MAYOR & MAKE SOME CHANGES.......ooooh YOU ARE the Mayor!" wrote another.

However, the official found she had some allies.

"That's exactly how I felt before I left 9 years ago! I would never move back there, if it was the last existing place on earth!!" wrote one user.

"Charlottesville is known around the globe for atrocities made official by ignorance and hatred," wrote the other.

The official then posted a link to the Washington Post article about Thomas Jefferson and Sally Hemings, an enslaved woman, with whom historians say, Jefferson had six children.

The official wrote that Jefferson raped the woman.

"How repulsed do you think she used to be as she laundered his fluids and scent out of the linens that he raped her on?", Walker wrote in her post.

Charlottesville was thrown under the media spotlight in 2017 when right-wing activists organised a demonstration in protest against the city’s plans to remove a statue of Robert E Lee, commander of the Confederate States Army during the American Civil War. Some participants carried Confederate flags and chanted anti-Semitic slogans. The protest turned violent when demonstrators clashed with counter-protesters. One person died and 19 were injured after a car rammed into a group of counter-protesters - 33 people were injured during the clashes.