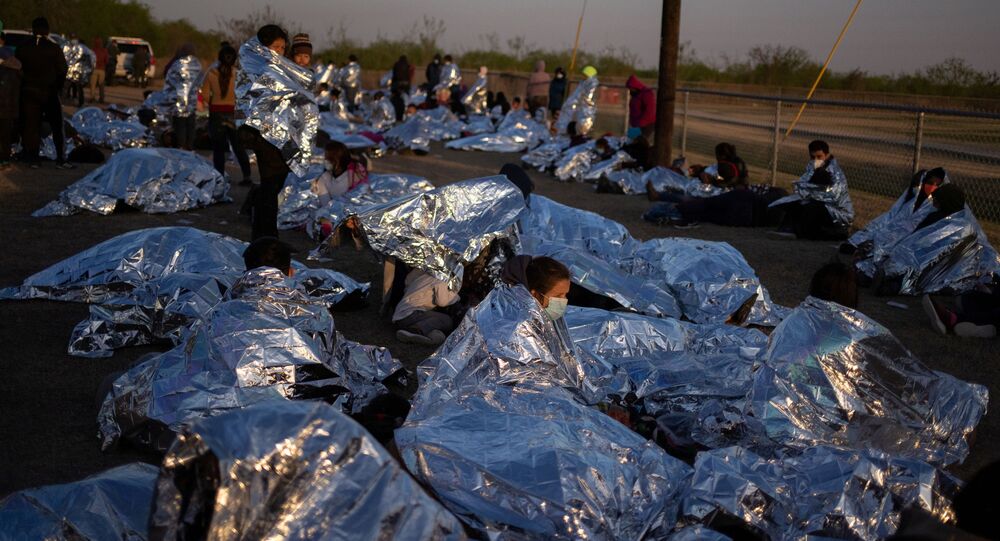 The US has seen an influx of unaccompanied migrant children on the country’s southern border since October 2020, with about 8,800 of them currently in federal care facilities, according to the Department of Health and Human Services.

The Pentagon has given the green light to a Department of Health and Human Services (HHS) request to temporarily house unaccompanied migrant children at two Texas military bases.

"The Pentagon will provide the HHS officials access to these locations immediately to begin initial actions to prepare for receiving unaccompanied migrant children as soon as preparations are complete", Pentagon spokesman John Kirby said in a statement on Wednesday.

Kirby added that HHS would maintain "custody and responsibility for the well-being and support for these children at all times on the installation".

The statement comes after HHS reportedly asked the Department of Defence to accommodate up to 5,000 children at Fort Bliss and 300 more at Lackland Air Force Base in the southern city of San Antonio, Texas.

US Border Patrol Processing Migrant Children as ‘Quickly as Possible’

The developments followed US Customs and Border Protection (CBP) stating on Tuesday that it is continuing to transfer unaccompanied minors to HHS "as quickly and efficiently as possible after they [the children] are apprehended on the country's southwest border".

CBP earlier released photos and videos of migrant children being processed at two facilities in the Texas border cities of Donna and El Paso. The kids were seen kept in separate plastic pods inside the facilities that look similar to the steel cages used under the Trump and Obama administrations.

The former US president was often criticised for his administration's immigration policies separating children from their families when they were apprehended by the Border Patrol and sent to migrant facilities to be kept alone.

Trump, however, repeatedly pointed out that many of the detention centres were built under ex-President Barack Obama. The Trump administration eventually moved to shut down some of the child detention facilities, including one in Homestead, Florida over backlash about its "prison-like conditions".

As for the CBP footage, it was released amid reports that the law enforcement agency detained more than 11,000 unaccompanied migrant children between 28 February and 20 March, which effectively eclipses the number of minors apprehended in the full month of February.

Data from the CBP showed that at least 9,457 unaccompanied migrant kids were detained on the southern border in February, a substantial increase from the 5,858 minors apprehended in January.

© REUTERS / ADREES LATIF
Border Crisis: Who Wants to Flood the US With Migrants and Why?
This was preceded by House Speaker Nancy Pelosi blaming the continuing crisis of children crossing the US-Mexican border on the "broken system" inherited from former US President Donald Trump.

Republicans, in turn, put the blame for the ongoing situation on President Joe Biden, citing his reversal of many of Trump's immigration policies, including the "Remain in Mexico" requirement, which decreed that Central American asylum seekers must stay south of the US border as their claims are assessed by US courts.