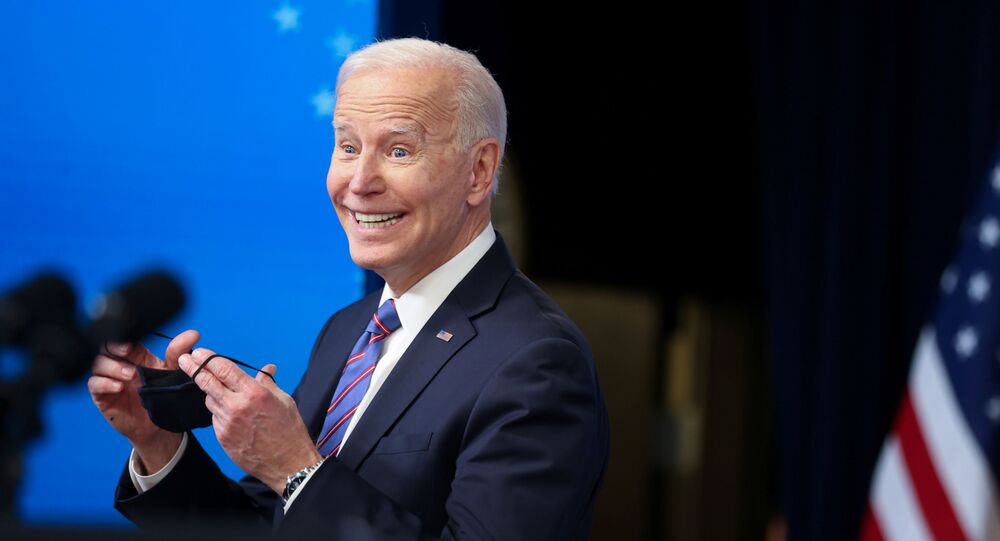 Former president Donald Trump caught flak over comparisons to Ronald Reagan, but Joe Biden reportedly topped him for chutzpah by glibly measuring himself up to Franklin D Roosevelt, the only US leader to have been elected to four terms in the White House.

US President Joe Biden has compared himself to Franklin D Roosevelt — who led the US out of the Great Depression and through the Second World War.

The 78-year-old president reportedly commented to author Doris Kearns Goodwin during a White House meeting earlier in March: "I'm no FDR, but…"

Biden's predecessor Donald Trump has frequently drawn criticism for comparing himself to Ronald Reagan, the most popular post-war US president.

Democrat Roosevelt took office in in 1933 amid the Great Depression after defeating Republican Herbert Hoover — the last president until Trump to complete a four-year term of office without taking the US into a war. Biden has already bombed Iraqi government-backed militia in Syria — as a threat to Iran — and indicated he will renege on Trump's peace treaty with the Taliban.

His first of four terms of office was marked by the economic 'New Deal' to rebuild the economy. But Biden's promised $2,000 stimulus checks to every US adult turned out to be worth just $1,400. And Despite calling Trump a "climate arsonist" during the election campaign last year, Biden has rejected the "Green New Deal" pushed by congresswoman Alexandria Ocasio-Cortez.

Screenshot/Caleb Hull
White House: Biden 'Just Fine' After Falling on Air Force One Stairs, No Medical Attention Required
Roosevelt favoured an alliance with the UK against Nazi Germany, although it took the German ally Japan's attack on Pearl Harbour in December 1941 to bring the US into the war more than two years after the Nazi invasion of Poland.

The president had no reservations about forging an alliance with the Soviet Union against Hitler, Mussolini, Tojo and their allies. But his death at the age of 63 in April 1945, moths after taking office for his fourth term and weeks before the surrender of Germany, presaged the Cold War and nuclear arms race initiated by his successor Harry Truman.

Biden and his cabinet have recently ramped up tensions with Russia and China, calling Russian President Vladimir Putin a "killer" with "no soul".