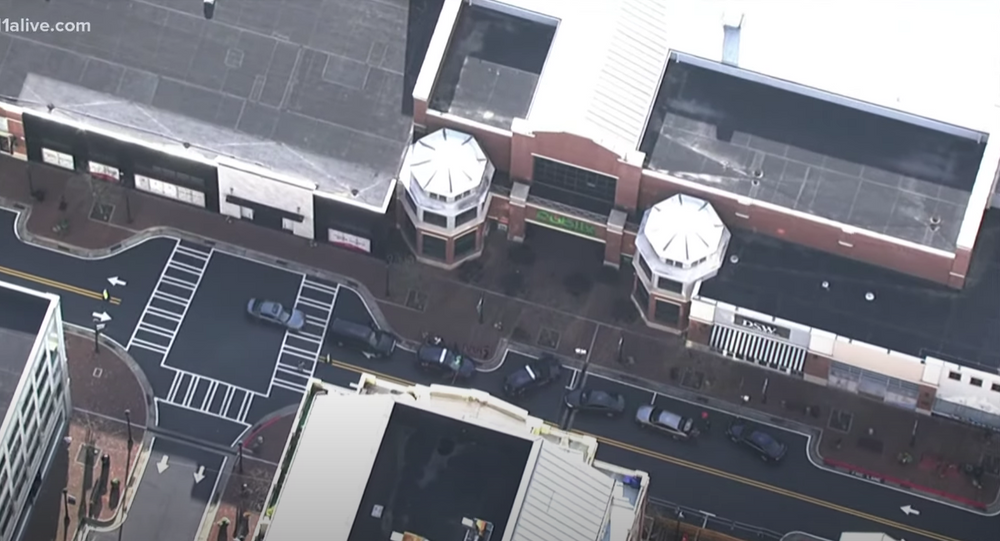 Earlier this month, a 21-year-old suspect was apprehended in connection with the shooting deaths of eight individuals at three different spots in Atlanta, Georgia. Another mass shooting occurred in Boulder, Colorado, on Monday, with a different 21-year-old suspect allegedly killing 10 people, including a cop, at a King Soopers grocery store.

An armed 22-year-old man was taken into police custody around 1:35 p.m. local time Wednesday after walking into a Publix restroom at Atlantic Station with an assortment of firearms, according to Atlanta police. He was also said to be wearing body armor.

While initial reports from police claimed the man was arrested with five weapons, an image obtained by WSB-TV reporter Matt Johnson shows ammunition, two rifles and four handguns, including a revolver.

This is a picture I obtained of the 6 guns, and ammo, found on the 22 year old suspect at the Atlantic Station Publix today. Police have said he was found with 5 but there appears to be one more handgun. Intentions of the suspect are still unknown. https://t.co/gMZBvbwWT8 pic.twitter.com/kQG9VgSfOx

Police noted the individual was taken into custody after a mental evaluation by Grady EMS. The 22-year-old has since been charged with reckless conduct.

Local news outlet 11Alive captured aerial video of the scene after the suspect was detained.

"At Publix, the safety of our associates and customers is our priority. We are cooperating with local law enforcement on an incident that occurred earlier today in our Atlantic Station store. We are thankful that there were no injuries, and all were able to exit the store safely," the chain said in an emailed statement to 11Alive.

However, at least one netizen reacting to the arrest is alleging that the store's new policy must be somewhat new.

"This was in 2017 at a Publix in Atlanta. I told the in store police and he ignored my complaint and said it was legal," Twitter user @baebdolll alleged, including video of a man with a rifle strapped to his chest.

This was in 2017 at a Publix in Atlanta. I told the in store police and he ignored my complaint and said it was legal. Today a man walked into the Atlantic Station Publix with 5 guns and body armor. Thankfully law enforcement stopped him before he took any lives. pic.twitter.com/HH0ntZlSTg

It's unclear if it was the same Publix, and while Georgia is an open-carry state, Atlantic Station told 11Alive that firearms are not allowed on its property.

Police have yet to reveal if the suspect is a legal gun owner and licensed to carry.