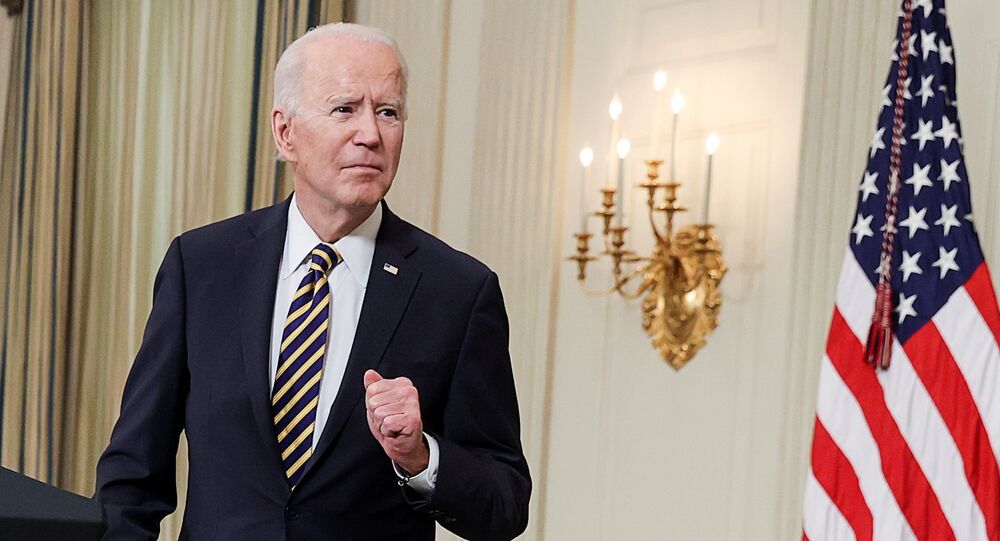 WASHINGTON (Sputnik) - US President Joe Biden on Thursday will give his first full press conference since taking office following criticism from opponents and allies for an unusually protracted delay in exposing himself to reporters’ grilling.

Biden is expected to detail his accomplishments, including meaningful progress in the vaccination campaign and a huge economic relief package approved by Congress. He will face questions about ways to address burgeoning immigration and a spike in gun violence.

American media estimates that Biden, who is on day 65 of his presidency, has gone longer than any US president in the past century before having a formal news conference, with his 15 most recent predecessors arranging the event within 33 days of taking office. By this point Donald Trump and George HW Bush had each held five press conferences, Bill Clinton four, George W. Bush three, Barack Obama two and Ronald Reagan one, AP reported, quoting presidential scholar Martha Kumar.

The 78-year-old incumbent US president, known for verbal gaffes and suspected by foes of age-related frailty, has so far shied away from reporters, taking occasionally a question or two of his choosing during White House events.

Biden, however, has already delivered his first prime-time address to the nation and gave an interview to ABC News, during which he notoriously admitted that he considers the Russian president, Vladimir Putin, “a killer.” The Russian leader immediately offered to discuss relations in public debates, but his proposal was rejected by the White House.

The press conference is being convened after Biden has administered the first of his promised 100 million COVID-19 vaccines and is thought to now have put the country on track to have enough shots for every adult American by the end of May. The president pushed his $1.9 trillion coronavirus relief initiative, dubbed the America Rescue Plan, through Congress and signed it into law. Biden is determined to introduce stricter gun controls after two mass shootings within as many weeks killed 18 Americans, a move bound to infuriate Republican opponents.

Another issue sure to be raised during the press conference is the rapid increase in migrants seeking access to the United States. Biden’s foes blame him for what they describe as a southern border crisis.