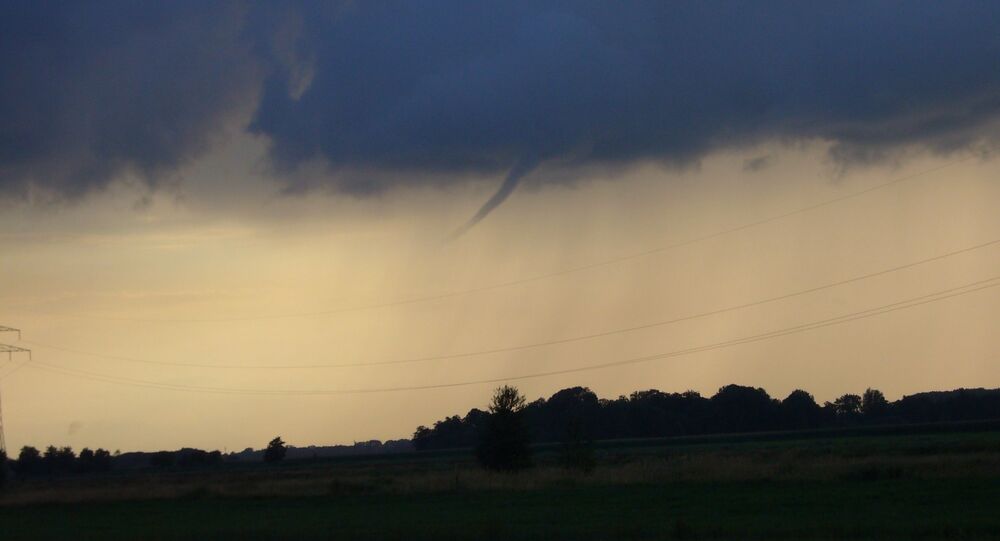 A series of tornadoes hit southern US states last week, as giant funnels were recorded in Texas, Mississippi and South Carolina. As a result, dozens of houses were destroyed due to heavy winds that blew down trees and toppled power lines, leaving dozens of areas without electricity.

Another severe tornado outbreak is expected to occur in southern US states on Thursday, including in Mississippi, Alabama and Tennessee, just days after a series of tornadoes struck the same area, according to the National Weather Service's Storm Prediction Center.

Long-term heavy thunderstorms, strong 70mph wind gusts and hail will cause heavy damage in the highest risk areas, particularly in the cities of Birmingham, Jackson, Memphis and Nashville.

Forecasts warn of level 4 (out of five) severe storms in this area, meaning "moderate risk" of widespread severe storms.

"The worst-case scenario includes the potential for a ‘violent' (EF-4) tornado," the weather service in Birmingham said.

Here are the individual probabilities for tornadoes, hail, and wind. pic.twitter.com/oGLlXC3OAA

According to Weather.com meteorologist Chris Dolce, there is a possibility of flash flooding, as heavy rainfall will continue in southern Louisiana, southern Mississippi and coastal Alabama on Wednesday.

Tornado season continues in the US. An outbreak of nearly 49 “high risk” tornadoes hit the same southern states last week, destroying houses and leaving thousands of households temporarily without electricity.