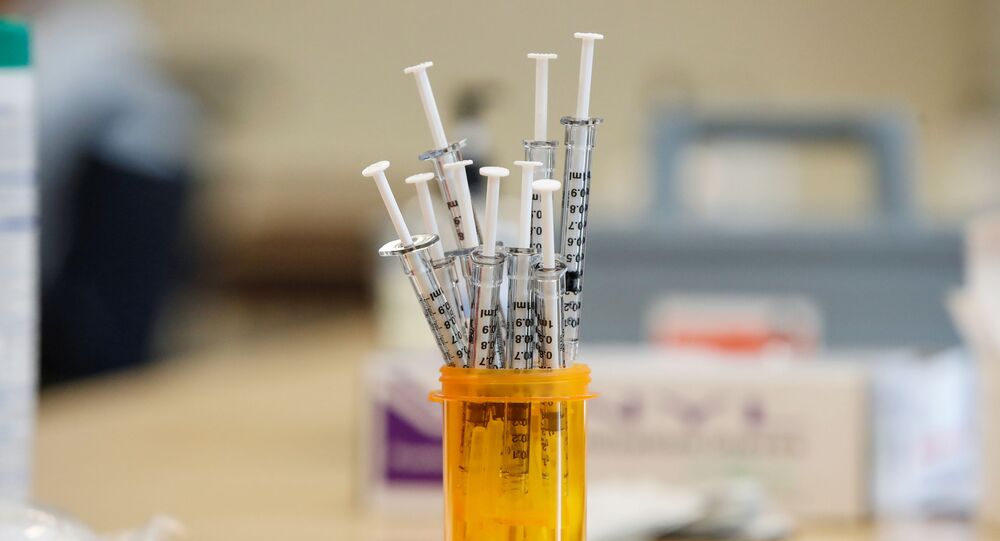 Police said on Tuesday that the incident had taken place as three National Guard vans were carrying doses of the coronavirus vaccine to the city of Matador, Texas.

An Arizona man has been accused of forcing a National Guard convoy carrying COVID-19 vaccines off the road and holding eleven guard members at gunpoint.

The man, identified as 66-year-old Larry Harris of Wilcox, Arizona, was arrested on Tuesday morning when police responded to the scene in West Texas.

Idalou Police Chief Eric C. Williams said in a statement that Harris had tailed three National Guard vans transporting coronavirus vaccines to the city of Matador before pointing a gun at a National Guard soldier, identifying himself as a detective, and demanding to search the vehicles.

The 66-year-old later told police that he stopped the vans because he believed people inside the vehicles had kidnapped a woman and child.

"Harris appeared to be mentally disturbed. This was a very dangerous situation since the suspect was standing in the midst of the unarmed Guardsmen with a loaded weapon. We are grateful that the officers were able to take him into custody without any of the Guardsmen, the officers, or the suspect getting hurt", Williams added.

© REUTERS / Brian Snyder/Files
US Emergency Services Rescue COVID-19 Vaccines in Kentucky Amid Record Flooding, Reports Say
The police chief also said that Harris faces a whole array of charges, including aggravated assault with a deadly weapon, unlawful restraint, unlawful carrying of a gun, as well as impersonating a public servant, and interference with Texas military forces.

The incident comes after President Joe Biden announced last week that the US was on track to reach the goal of providing 100 million COVID-19 vaccine shots to American citizens within the first 100 days of his presidency.

Over Half of US Federal Prison Employees Refuse Coronavirus Vaccinations