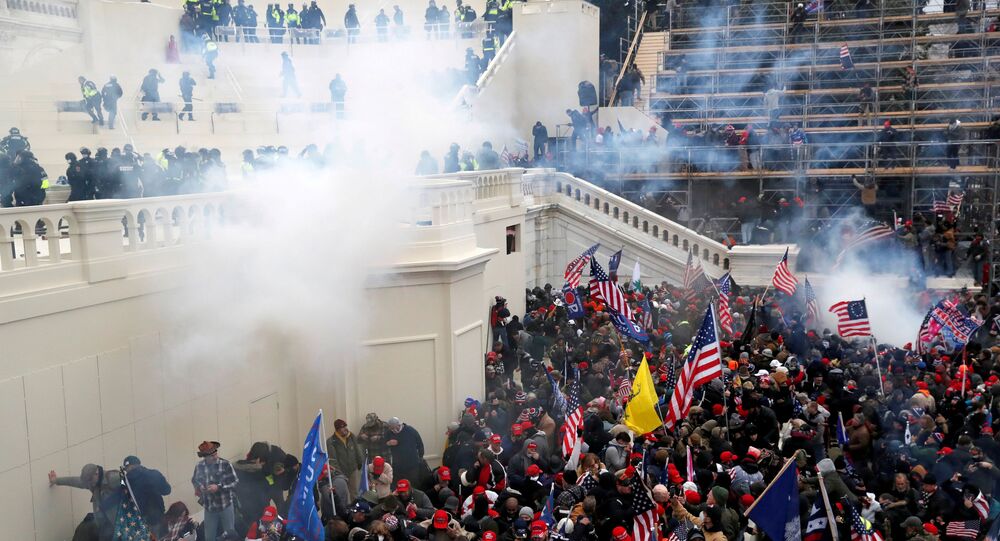 Hundreds of individuals who participated in the deadly January 6 insurrection are facing indictments in the wake of the violent riot, many of whom have been presented with a variety of serious charges. Over the next several months, many are expected to undergo trial proceedings.

A federal judge called an impromptu hearing on Tuesday and warned prosecutors with the US Department of Justice (DoJ) that he would impose a gag order if details regarding the inner workings of the ongoing Capitol riot cases continue to be released to the public.

District Court Judge Amit Mehta’s harsh remarks came in the wake of a pair of media stories from CBS’ “60 Minutes” and The New York Times that touched on the possibility of more severe charges being tacked on against defendants. Mehta is overseeing the cases against 10 alleged members of the Oath Keepers, a right wing, anti-government paramilitary group, who took part in the insurrection.

"No matter how much press attention this matter gets, let me be clear these defendants are entitled to a fair trial, not one that was conducted in the media," Mehta, who was appointed to the federal district court by former US President Barack Obama, told officials.

"If there are further public comments or stories of the kind that we've seen in the last 48 hours, I will not hesitate to consider a gag order."

The first of the public disclosures surfaced Sunday, when the “60 Minutes” broadcast saw Michael Sherwin, the former acting US attorney for Washington, DC, reveal to the American public that he believed seditious conspiracy charges may be filed against some individuals charged in the riot. Additionally, Sherwin also indicated that former US President Donald Trump was likely culpable for his role in the riot.

The second of the week’s revelations came the following day in an article published by the Times. Citing sources briefed on the deliberations, the Monday piece noted that officials within the Justice Department reviewed potential sedition charges against members of the Oath Keepers, and were “weighing whether to file them for weeks.”

Highlighting both instances, Mehta reiterated that the release of such information was completely unacceptable, and that “the government, in my view, should know better.”

"Let me just say at the outset that I am surprised, I'm being restrained in my use of terminology, to say the least, to see Mr. Sherwin sitting for an interview about a pending case in an ongoing criminal investigation," Mehta said.

"Whether that interview violated justice policy is really not for me to say, but it is something I hope the Department of Justice is looking into," the judge added. "As for the New York Times story, I found it troubling that sources within the Department of Justice, were detailing the possibility of additional charges in pending criminal cases and an ongoing criminal investigation."

The hearing later saw John Crabb, a supervisor and the head of the criminal division for the US attorney’s office in DC, remark that both respective leaks to the media were in violation of department policy. He further stated that both announcements had been referred to the Office of Professional Responsibility, the internal watchdog for the DoJ.

Lawyers representing several of the defendants indicated they had been contacted by “60 Minutes” regarding the cases, but that they had ultimately declined to do so as it would have been inappropriate.