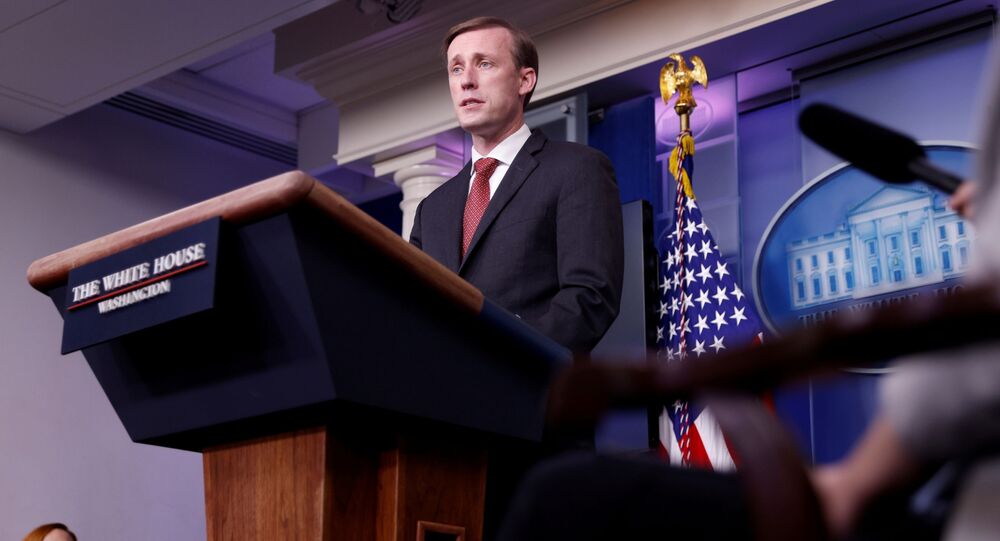 The adviser still insists Washington is ready to speak with Moscow about strategic partnership in certain areas. At the same time, the Russian Foreign Ministry said that the US president rejected Vladimir Putin's offer to hold a bilateral virtual meeting.

US President Joe Biden did not make a mistake by calling Russian counterpart Vladimir Putin a "killer" during an interview with ABC News, his National Security Adviser Jake Sullivan has stated.

"President Biden was asked a direct question. He gave a direct answer. That’s how he has operated for 40-plus years in public service, and it’s how he’ll continue to operate as president," Sullivan said.

Sullivan further admitted that the relationship with Russia "will not be easy" for the administration, but still expressed confidence that the two states will manage to have a conversation on "key issues, including the nuclear question", referring to the New START treaty renewal.

"We believe that we are going to have tough days with Russia because there are issues on which we profoundly disagree and actions we need to respond to forcefully," Sullivan indicated.

Despite what the National Security Adviser said, Washington has declined Moscow's offer to hold a virtual meeting between the presidents of the two countries to discuss pressing matters, including within the sphere of "strategic stability". President Putin offered to hold such a meeting as he commented on Biden's controversial statement. However, the president slammed the White House's idea of discussing only matters that are important to Washington itself, and stressed that the US will have to take Russian interests into account.

Putin also wished the POTUS "good health", noting that he was not joking or being ironic in that regard, and alleged that Biden's words about him come from a general trend that people have to project onto others what they think about themselves.

The US president previously answered the ABC News host's question - whether he'd call Putin a killer - in the affirmative. Biden added that he has known the Russian president for a long time and further promised to make Putin "pay a price" for Russia's alleged interference in the 2020 Presidential Election. The Kremlin strongly denies these allegations as it did with the similar unfounded claims by the US authorities and politicians in the previous electoral cycles.