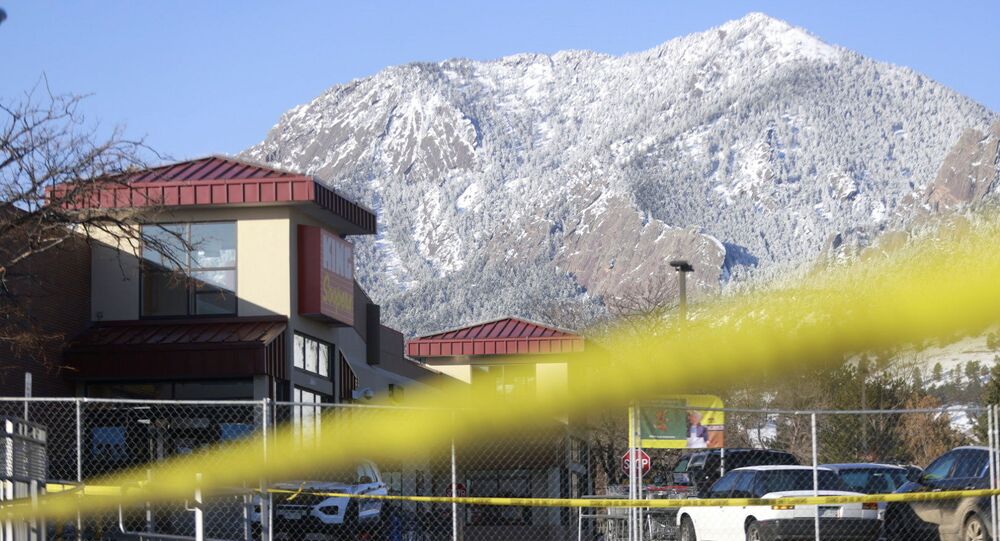 The city of Boulder in Colorado became a scene of mass shooting on Monday that left 10 people dead, including a police officer.

The suspect for the shooting in Boulder, Colorado has been charged with 10 counts of murder in the first degree, the Boulder police told journalists on Tuesday.

The gunman has been identified as Ahmad al-Aliwi Alissa, a 21-year-old resident of Arvada, a municipality south of Boulder. He will soon be transported to Boulder County Jail, Police Chief Maris Herold added.

© REUTERS / CITY OF BOULDER
Ahmad Al Aliwi Alissa, 21, of Arvada, identified by police as the suspect in a mass shooting at King Soopers grocery store, appears in an undated photograph released by the City of Boulder, Colorado, US 23 March 2021.

The police also identified all the victims of the deadly shooting. They are:

After the police report, FBI Special Agent Michael Schneider addressed journalists to say that the motives of the gunman are still being investigated.

The shooting was reported on Monday afternoon in Boulder's King Soopers grocery store. The assailant killed 10 people, including a law enforcement officer, Eric Talley, who was the first to respond to the scene.

The police arrested the man and put him in custody. According to police, the investigation will take no less than five days to complete.

Boulder County District Attorney Michael Dougherty confirmed that the shooter was in custody and said he was "incredibly sorry" for the victims, promising to "secure justice."

According to White House spokesperson Jen Psaki, US President Joe Biden was briefed on the shooting.

Colorado has seen several major mass shootings over the past two decades, including the notorious Columbine High School massacre in 1999, which left 15 dead, and the 2012 Aurora shooting that claimed 12 lives.