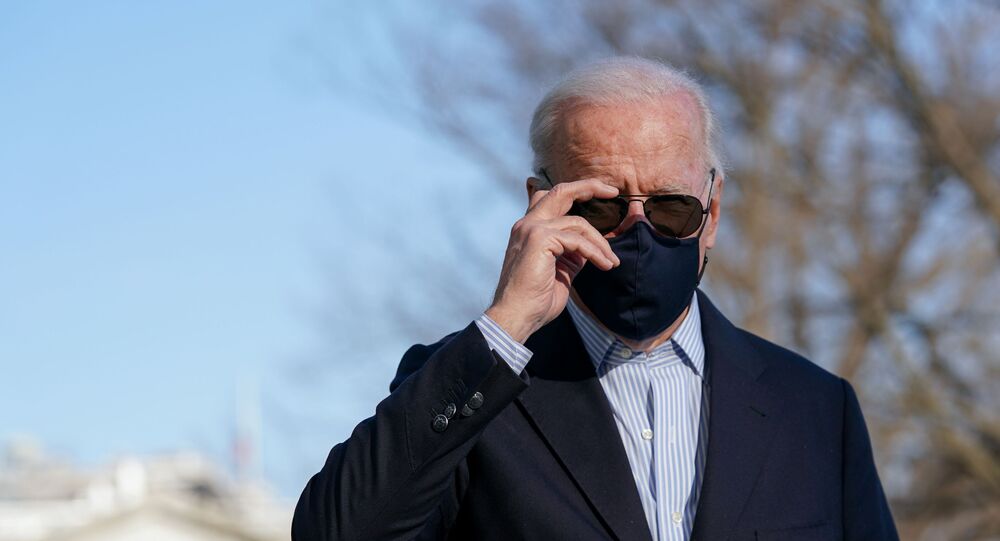 Republicans blame Biden's executive orders, which canceled some of the Trump administration's policies, for the rising numbers of unaccompanied child migrants arriving in the US, and although they do not constitute the majority of the overall surge, the issue of their placement has hurt the image of the new administration.

US President Joe Biden said on Sunday he was going to visit the southern border of the country "at some point", amid an increasing number of illegal migrants crossing the US border with Mexico.

Returning to the White House from Camp David, the president was confronted by several pool journalists about the situation at the border and whether he himself was going to visit the area to oversee the process of accepting illegal migrants, including unaccompanied children.

"At some point, I will, yeah," said Biden, who was then asked a follow-up question of whether he wanted to see with his own eyes what is happening in the facilities that handle the migrant influx. "I know what is going on in these facilities. Thanks."

NEW: Pres. Biden returned to the White House this afternoon from Camp David and briefly spoke to reporters about the situation at the southern border, saying he plans to visit “at some point." https://t.co/sCKeCTQpIz pic.twitter.com/iVHHfQgBdI

Earlier in the day, in an interview with ABC News, Secretary of Homeland Security Alejandro Mayorkas blamed the previous administration for the current migrant influx on the southern US border, while also reiterating that the border is closed and that migrants should avoid traveling to the US, particularly given the pandemic.

"Now is not the time to come," Mayorkas emphasized. "Do not come. This journey is dangerous. We are building safe, orderly and humane ways to address the needs of vulnerable children, do not come."

© REUTERS / ADREES LATIF
Border Crisis: Who Wants to Flood the US With Migrants and Why?
Mayorkas has previously warned that the US should prepare for the number of illegal migrants arriving from Latin America to reach levels not seen in 20 years.

After assuming office, Joe Biden canceled a number of measures on immigration introduced by his predecessor, in particular, announcing that the US would no longer expel unaccompanied children from the country.

According to the rule imposed by the previous US administration due to the COVID-19 pandemic, in the event of an illegal crossing of the US border, the migrant should immediately be expelled from the country. Under the exemption initiated by Biden, unaccompanied children remain at the border facilities until they are reunited with family members already residing in the country.

Texas Governor Greg Abbott said earlier this week that the administration of US President Joe Biden has failed to provide safe and humane conditions at two recently-opened facilities in Texas that are holding migrant children. CBS News reported that unaccompanied migrant children are spending around 136 hours in CBP custody, which is far more than the legal 72-hour limit.

'He Has Created a Crisis': Candidate for US Congress on Biden's Border Policy