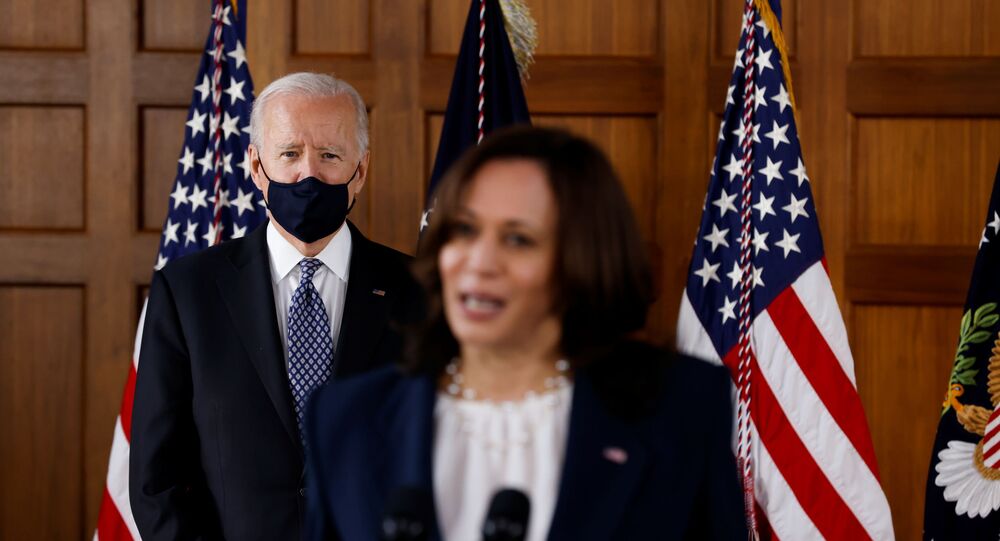 “My name is Joe Biden and I am Kamala’s running mate,” the Democratic presidential candidate famously introduced himself, albeit joking, to Atlanta supporters just shortly before the 2020 presidential vote. But his occasional slips of the tongue and references to Kamala Harris as “president” raise the question – is he really kidding?

US President Joe Biden said Kamala Harris was “smarter” than him while addressing employees at the Centers for Disease Control in Atlanta, and the vice president didn’t disagree with her boss.

At the end of his lengthy speech, Biden recalled a story about his meeting with Xi Jinping, then China’s vice president, who asked him which “one word” defined America. Biden revealed that for him it was “possibilities.”

“That’s what you guys believe in: possibilities based on science and hard data,” the president concluded before thanking the workers.

But Biden then acknowledged that it was already time for Harris to speak.

“And I shouldn’t have done that because I wanted to yield to my vice president, who’s smarter than I am,” he said.

Harris briefly responded: “Well, there’s not much to add to that, Mr. President,” prompting laughter from the audience.

Just on Thursday, Biden referred to his vice president as “President Harris” while giving a press briefing about America's vaccination programme.

Biden didn’t correct himself and many joked that he was saying the “quiet part out loud,” like he did before when he referred to Harris as the “president-elect” after receiving his COVID vaccine in December. He also dubbed himself her “running mate” when addressing Atlanta voters in October (he then bizarrely added “You all think I’m kidding, don't you.").

It's become kind of a running joke in the United States that Harris is the one really in charge of the White House, given Joe Biden’s age and occasional slip ups (both verbal and physical, as the recent triple Air Force stumble showed).

In December, Biden hinted that there may be some truth in all of the jokes. While speaking to CNN shortly before the Electoral College confirmed him as president, Biden said that if he ever disagrees with Harris “on a moral principle” he would develop some mysterious disease and resign.

So his recent comment about Kamala Harris being “smarter” didn’t surprise many people on social media.

One user actually noted: “I don't think anyone is going to have any trouble believing this.”