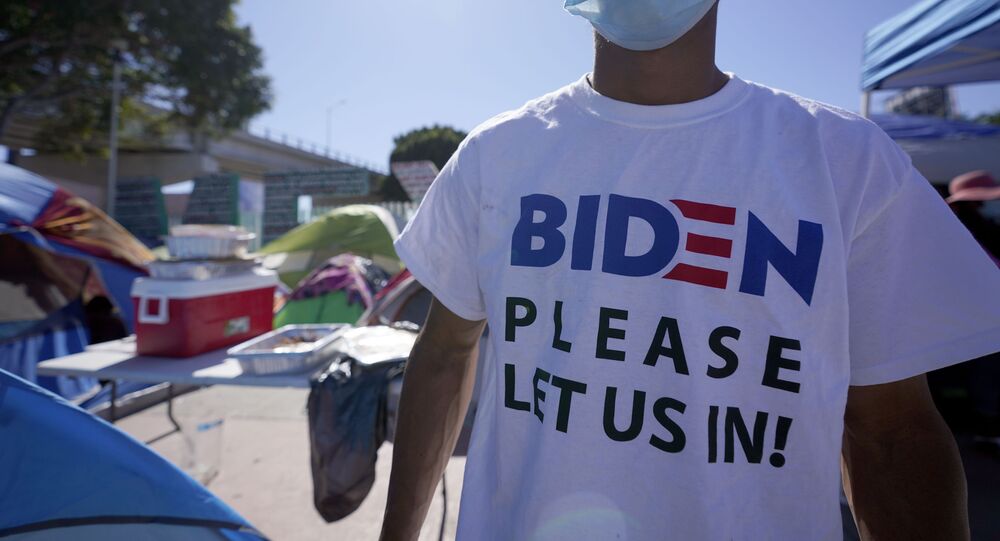 Last week, after the release of data by Customs and Border Protection (CBP) showing that agents had encountered over 100,000 would-be migrants on the US-Mexico border and apprehended over 9,400 minors in February, senior Biden ally and Democratic House Speaker Nancy Pelosi blamed Donald Trump for creating a “broken system at the border”.

US officials are reportedly considering a plan under which illegal aliens who have crossed into the United States and who claim asylum would be allowed to remain in the country and leave custody without the setting of a formal asylum court date.

Speaking to Fox News, a CBP source said that the proposed plan would be apply to the agency’s operations in the Rio Grande Valley Sector, one of the areas hardest hit by the recent spike in border crossing attempts by (one of its detention facilities recently reported being filled to more than 720 percent capacity).

If approved, the “unprecedented” decision would make migrants themselves responsible for seeking an asylum hearing by making the relevant applications to Immigration and Customs Enforcement (ICE), the agency responsible for enforcing immigration laws outside border areas and for investigating, detaining and arresting illegal aliens.

The CBP source said the key factor favouring the proposal is the grim situation at the border, which has reportedly “become so dire that [CBP] has no choice but to release people nearly immediately after apprehension because there is no space to hold people even to do necessary [Notice to Appear] paperwork,” which can take several hours per person or family. The NTP does not apply to unaccompanied minors, who are automatically taken in as attempts are made to unite them with any family members who may already be living in the US.

The Biden administration has taken a number of steps to battle the recent surge in illegal immigration, which former president Trump and the Republicans have blamed on the Democratic president’s immigration-related executive orders. In addition to building new detention facilities for minors, the federal government has reportedly given a Texas-based nonprofit $86 million to book hotel rooms for migrant families, and even considered airlifting migrants to the border with Canada to take some of the pressure off the southern frontier. Biden has recently also begun urging migrants not to come, telling US media that the border was closed after several weeks of silence on the matter.

Biden issued nearly a dozen immigration-related directives immediately after stepping into office, stepping back from his predecessor’s hardline anti-immigration positions, halting the construction of the Trump border wall, rescinding the travel ban, ending “harsh and extreme immigration enforcement,” “restoring” and expanding the asylum system, fortifying deportation safeguards for the children of illegal immigrants, and more.

© REUTERS / ADREES LATIF
US Border Control Has More Than 5,000 Unaccompanied Children Under Custody, Report Says
As illegal immigration surged, senior Democratic officials have resorted to blaming Donald Trump for the border crisis, with House Speaker Pelosi recently alleging that Biden had “inherited a broken system at the border” and was “working to correct that in the children’s interest.”

The former president has repeatedly attacked his successor’s border and immigration policies, accusing him of “eroding” the system he had put in place, warning that the situation was “going to get much worse,” and claiming that the White House would “destroy our country if they don’t do something about it”.

This week, Homeland Security Secretary Alejandro Mayorkas confirmed that border patrol was “on pace to encounter more individuals on the southwest border than we have in the last 20 years”.